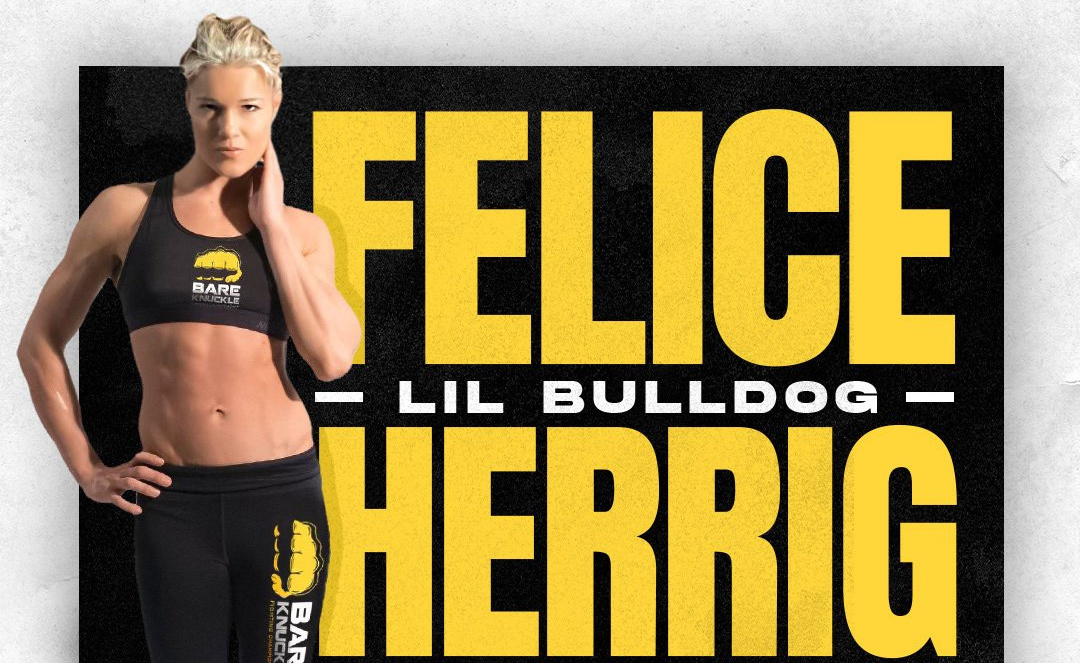 Herrig joins the BKFC’s stacked women’s roster after 10 fights in the UFC’s Octagon and three for Bellator. A professional MMA athlete since 2009, Herrig has long been regarded and respected as one of the fighting world’s most popular female athletes.

After making a strong mark in the MMA world, Herrig is excited to embark on the newest chapter of her impressive career – the BKFC Squared Circle. More news regarding her debut will be released.

“I’ve watched closely what Dave Feldman and his team at BKFC have built and truly want to test myself in bare knuckle,” Herrig said. “At this point in my career, I’m ready for a new challenge, and there is nothing bigger and better than BKFC.”

BKFC President David Feldman added: “BKFC is very excited to announce this major signing today. Felice was one of UFC’s most popular fighters during her eight years with the company and now sees an opportunity to succeed in bare-knuckle fighting. We have a wealth of talented and tough female fighters and look forward to watching her compete in the squared circle.”