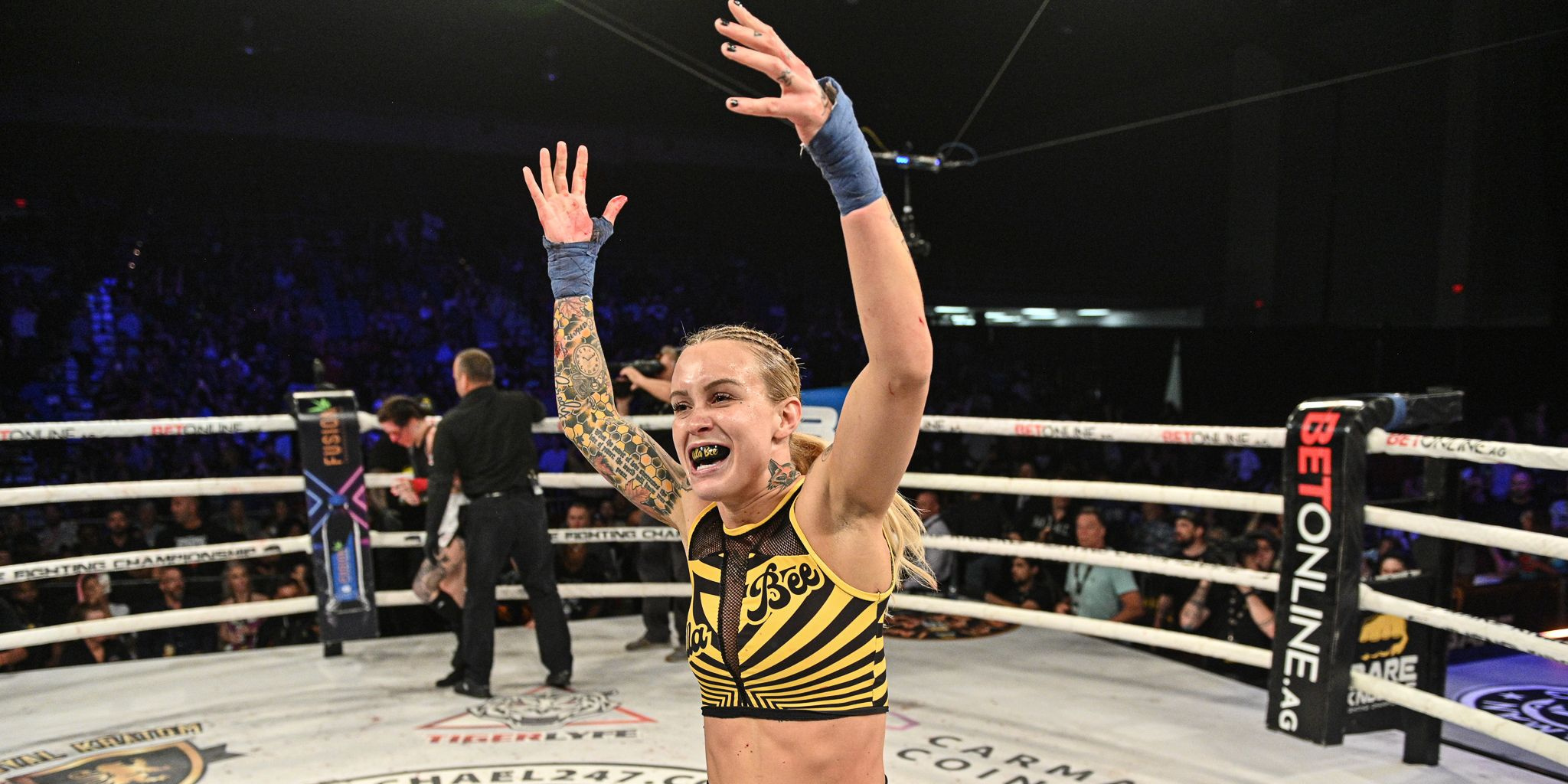 Taylor Starling is leaving no stone unturned on her journey to the biggest fight of her career.

On Aug. 27, Starling challenges Champion Christine "Misfit" Ferea for the Bare Knuckle Fighting Championship World Flyweight Title in the Main Event of BKFC 28 in Albuquerque, LIVE on the BKFC app.

Starling is undefeated in her first three trips to the Squared Circle. She’s hungrier than ever and doing everything she can to elevate her game for her first shot at a BKFC world title.

“I’ve become a lot stronger. Even my physical appearance, I look totally different than before. I’ve done more cardio, more conditioning, more everything, for this fight than ever before. I amped everything up times 100,” Starling said after a recent strength-and-conditioning session.

“There’s not going to be one thing that I haven’t done to become world champion. It’s a lot easier to become the champion than stay the champ because I have a fire lit under my (expletive) to go out and take that belt from Christine. I’ve amped up everything.”

But getting amped up has never been a problem for Starling. She says she’s been “super aggressive” for as long as she can remember. She’s wanted the spotlight on her since well before she began her pro fighting career in 2019. In addition to a 3-0 mark under the BKFC banner, Starling has also fought professionally in boxing, kickboxing and MMA.

“When it comes to bare knuckle fighting, you have to have that one thing in your brain, where you never give up. A lot of people who fail in bare knuckle, they get in there and they think they want it, but they give up so fast. For me, every time I fight, I envision myself fighting for my life,” she offered.

“I have so much heart, so much drive, and I’m willing to get down. You also get to have fun and really be yourself in bare knuckle. It’s perfect for me.”

Starling lauds her opponent Ferea for her technical fighting prowess, mental strength and impressive resume. But Starling, 26, is over a decade younger than Ferea, and she believes Ferea’s time atop the sport has come to an end, and the “Killa Bee” era has arrived.

She approaches the fight game as a business, but Starling shows a softer side when discussing what a BKFC World Championship belt will mean to her.

“This was my goal for my children. To show them that if you work hard and you’re nice to people and you really put your mind to it, you can do anything you want in this world. I’ve been preaching that to them since Day 1, and now my main goal is right in front of me, and it’s going to happen,” she said.

“I’ve had so many doubters, people telling me that I couldn’t get this far. Well, now I’m right here. It’s proving that all my doubters were wrong, but more importantly it shows my kids that you can accomplish your dreams.”