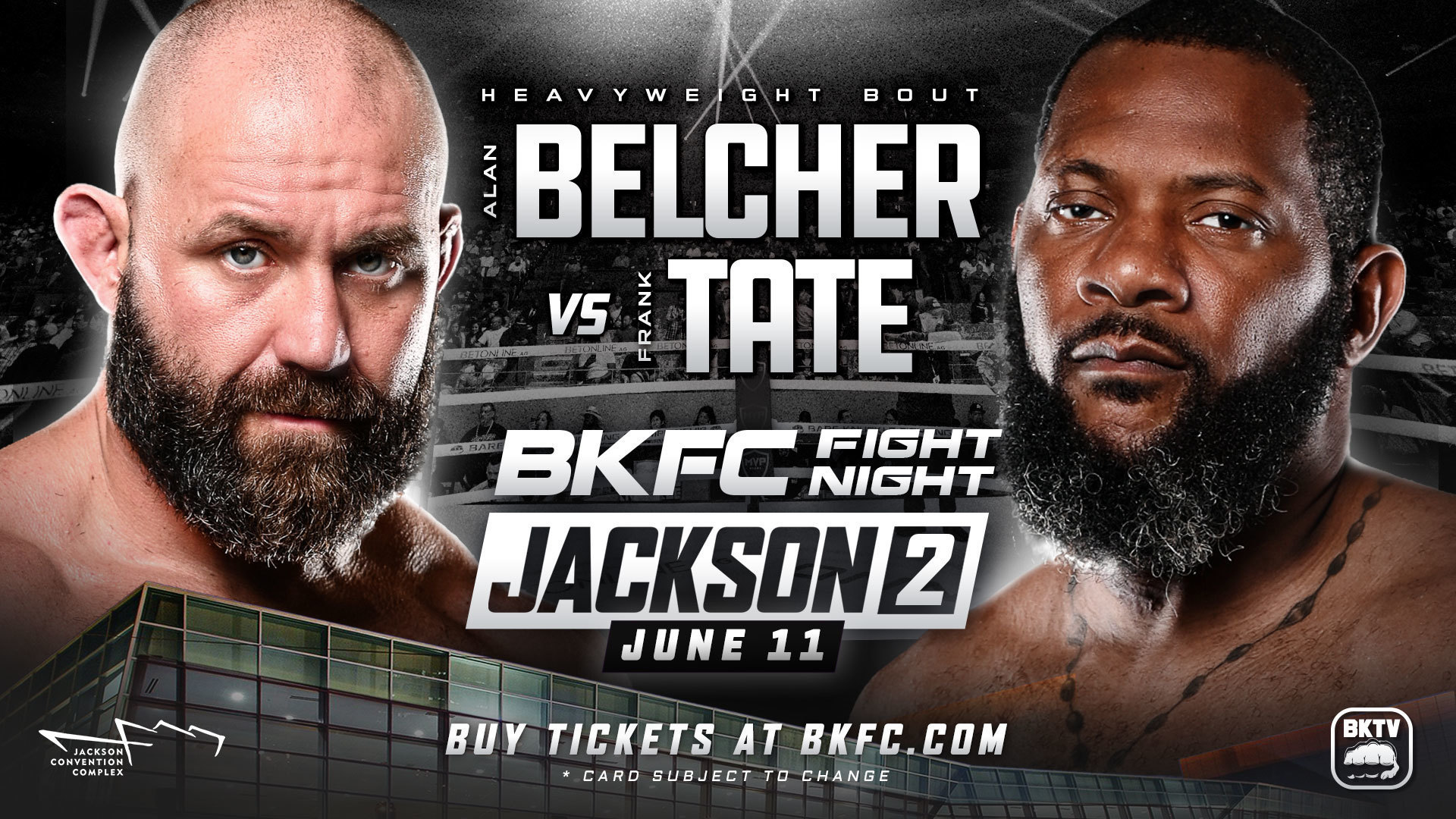 On tonight's, BKFC Fight Night: Belcher vs. Tate goes down at Jackson Convention Complex in Jackson, MS. As always, there’s no shortage of intrigue for this card, LIVE on the new and improved BKFC app.

Two of the best heavyweights in bare knuckle fighting throw down in the Main Event, as No. 1 contender Alan “The Talent” Belcher (2-0) takes on the fourth-ranked “Big” Frank Tate (2-1-1). Major title implications are on the line, and both big men are head hunting for a first-round KO. Don’t blink.

No. 1-ranked BKFC lightweight contender Martin Trey Brown tries to improve to 3-1 in the Squared Circle against UFC vet Robbie "Problems" Peralta (1-0) in the Co-Main Event. Both fighters bring impressive MMA records into fight night; Brown’s professional record in the cage is 14-5, while Peralta is 19-9. Two technical and crafty lightweights with a lot of power; this will be a fun one.

A can’t-miss light-heavyweight matchup will set the stage for the final two bouts of the evening. Quentin “The Hero” Henry (4-1), the No. 2-ranked contender in the BKFC cruiserweight division, moves down in weight to take on Sawyer “Diesel” Depee (2-1). All six of Henry’s and Depee’s combined victories in the BKFC Squared Circle have come by stoppage, so we expect the same on fight night.

Tickets are still available to Saturday’s action. If you can’t join the party in Jackson, MS, enjoy the show from the comfort of home on the new and improved BKFC app.