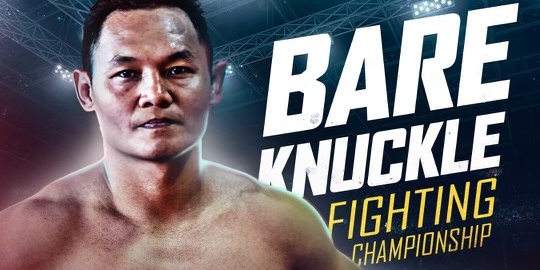 His BKFC Squared Circle debut will take place later this year in his home country of Thailand, LIVE on the BKFC app, with more details to be announced soon.

Very few fighters have enjoyed nearly as incredible of a career as Saenchai, a living legend in the combat sports world. Saenchai is a six-time Lumpinee Stadium champion, which is widely regarded as the most prestigious title in Muay Thai kickboxing. The former WBC Diamond World Champion brings an incredible 313-41-5 professional kickboxing record into his BKFC debut.

Saenchai is just the latest Muay Thai kickboxing superstar to sign with BKFC, joining his countryman Buakaw “The White Lotus” Banchamek as the newest contender in the world’s fastest growing combat sport. Buakaw, a two-time K-1 World Kickboxing Champion with a pro kickboxing record of 240-24-12, makes his hugely anticipated BKFC debut against Turkish kickboxing star Erkan Varol (88-33, 46 KOs) in the Main Event of BKFC Thailand 3 on Sept.  3 in Bangkok, LIVE on the BKFC app.

Next up on BKFC’s action-packed schedule is the organization’s highly anticipated debut in London, with BKFC 27 on Aug. 20 at Wembley Arena, LIVE on the BKFC app. In the Main Event, combat sports superstars “Platinum” Mike Perry and “MVP” Michael Venom Page collide in the biggest fight in BKFC history. Also on the card is a can’t-miss women’s flyweight showdown between Paige VanZant and Charisa Sigala, and much more.