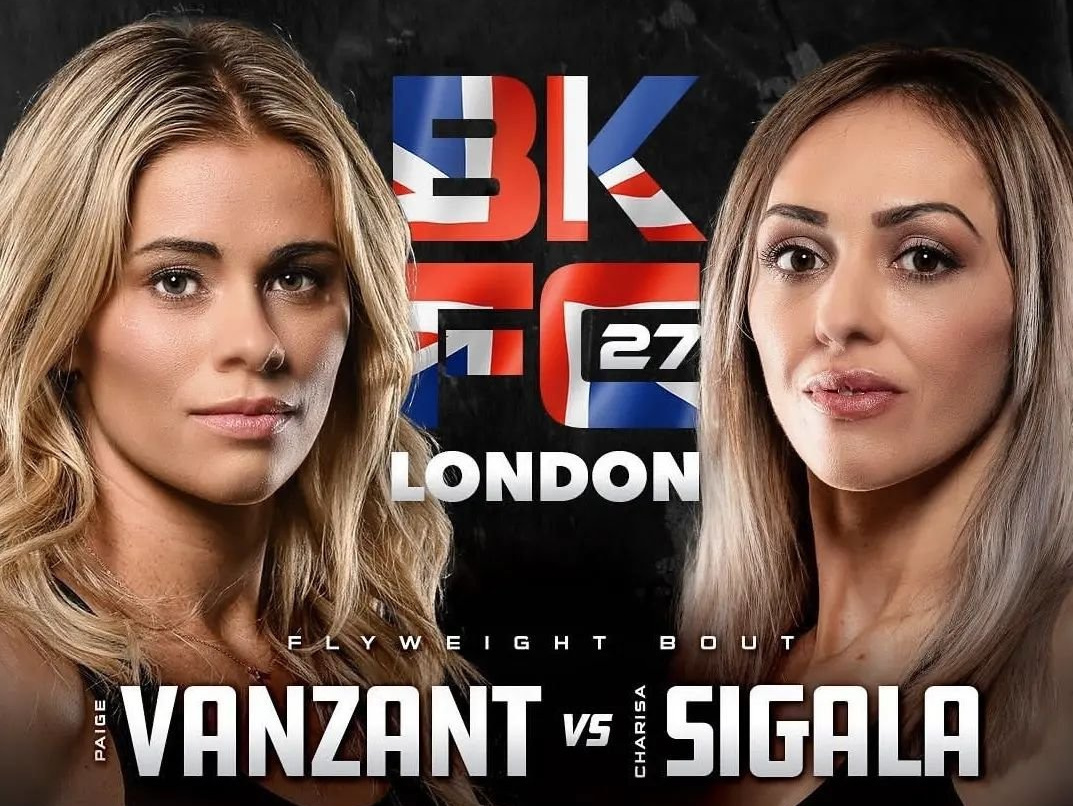 Paige VanZant, Charisa Sigala throw down at BKFC 27 in London!

Bare Knuckle Fighting Championship’s debut in London on Aug. 20 just got even BIGGER, with the addition of a massive flyweight fight between Paige “12 Gauge” VanZant and Charisa “Sweetheart” Sigala, LIVE on the BKFC app.

One of the biggest names in the world of combat sports, VanZant is hunting for her first victory in the BKFC Squared Circle after a pair of hard-fought, five-round battles with Britain Hart and Rachael Ostovich in 2021. Sigala, meanwhile, enters the Squared Circle for the fifth time, more motivated than ever to rise to the occasion in the biggest fight of her life.

Don’t blink, because all eyes will be on these women as they knuckle up across the pond, and set the stage for one of the biggest Main Events in BKFC history, as combat sports superstars Michael “MVP” Page and “Platinum” Mike Perry collide under the bright lights at Wembley Arena!