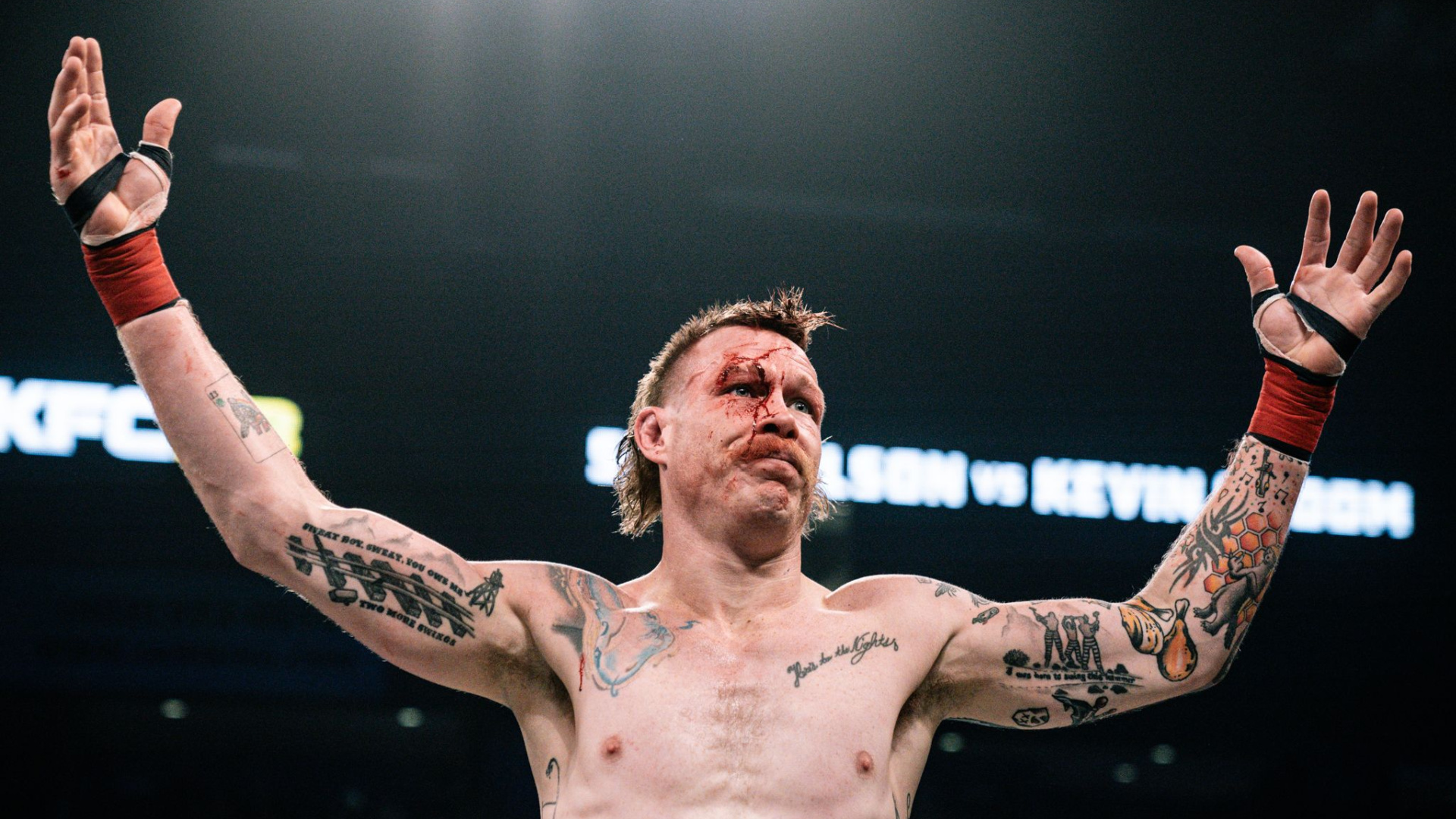 Now that his feet are wet, Kevin Croom is ready to make waves, starting at KnuckleMania 3

Kevin “Crash” Croom made quite an impression in his BKFC debut.

The hard-hitting UFC vet defeated the previously unbeaten Sean Wilson via second-round stoppage in the Co-Main Event of BKFC 33 in November.

“After fighting my whole career with gloves on, and then taking them off for this fight – to be honest, it was pretty scary,” says Croom, a veteran of nearly 40 pro MMA fights.

“I was a little worried about how it was going to feel – until I got hit. After I got hit once, I settled in and kind of realized it wasn’t as bad as I expected.”

Croom left his BKFC debut in Omaha, NE with a couple sore knuckles. More importantly, he left the Squared Circle already excited to return to action for BKFC.

Now, Croom’s next bout is set. At KnuckleMania 3 on Feb. 17 in Albuquerque, NM, he takes on Charles “Wild Man” Bridges (1-1) in lightweight action, LIVE on the BKFC App.

“I think this fight is going to be very similar to my debut, and I’m going to finish him, I believe in the second or third round,” Croom says.

“I think this fight is going to be a bit tougher. We’re going to scrap for a couple rounds and I’ll edge him out. It’s going to be action-packed – just what the fans want.”

Now that the 35-year-old Missouri product has his feet wet, Croom is jumping headfirst into the stacked BKFC lightweight division, wanting to be the most active fighter in the division in 2023.

“I’ll do it every other month,” he says with a laugh when asked how often he’d like to compete. “I’d like to fight at least five times in 2023 – that would be great.”