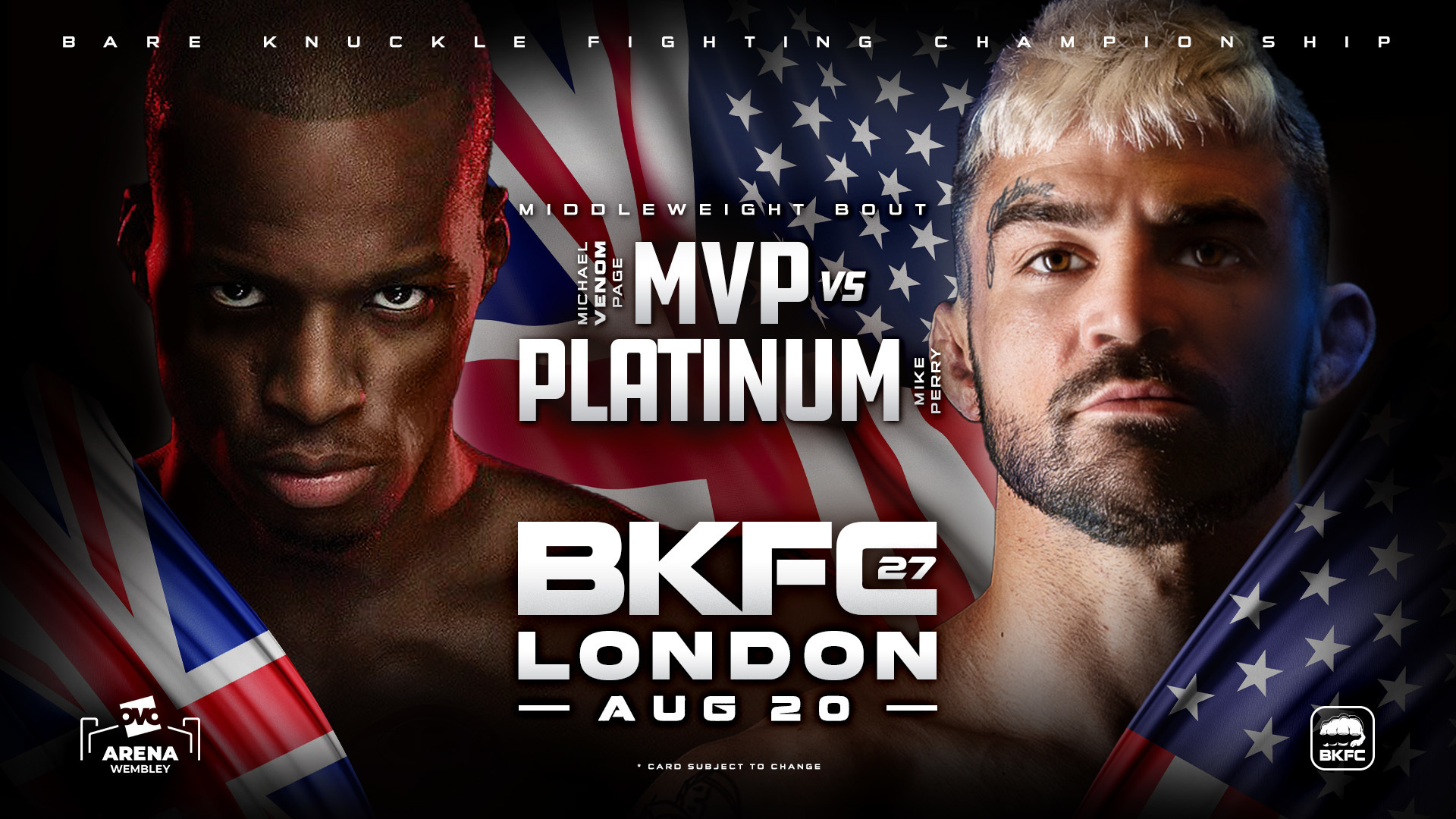 BKFC London will be broadcast globally as part of the BKFC+ Subscription for $4.99 per month on the new BKFC App.

Page has long been regarded as one of MMA’s biggest stars and most vicious strikers. The long-time Bellator standout boasts a nearly spotless professional record of 20-2, including 12 victories by knockout and is 2-0 as a professional boxer, with both wins coming by stoppage. With victories in six different countries and a flashy, one-of-a-kind fighting style, ‘Venom’ enters the BKFC squared circle in his home country as an established global superstar.

Perry has rapidly developed into a force to be reckoned with in the world of bare-knuckle boxing after his dominant and memorable victory over Julian Lane in his BKFC debut at KnuckleMania 2 on February 19, 2022. Like Page, Perry's standout MMA record is very impressive. The former Ultimate Fighting Championship star has 11 of his 14 victories coming by way of knockout.

David Feldman, BKFC President said, “This will be one of the biggest fights of the year, MVP versus Platinum Perry is truly a fan’s fight! Two guys that come forward and have power in both hands. I am very excited to make our BKFC debut in London with a fight of this magnitude. Fans of combat sports in the UK will truly enjoy this event, as well as around the world. Thanks to the Bellator Team for helping make this happen!”

Fans can sign up now for the BKFC London exclusive pre-sale today here for the opportunity to purchase tickets before they are available to the general public.

More information on BKFC London will be announced shortly.