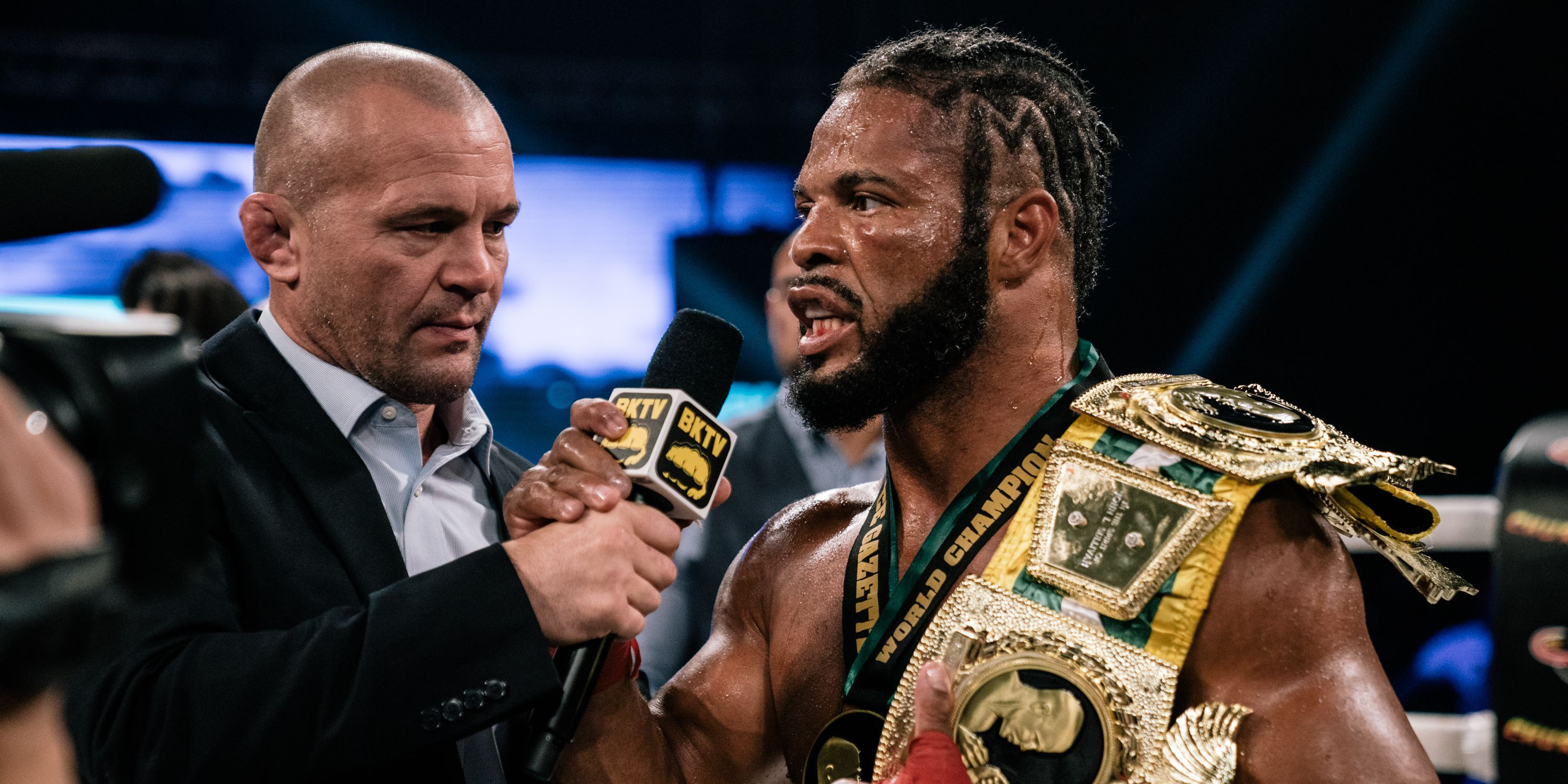 Lorenzo Hunt was made for bare knuckle boxing.

“Some people are tailor made for this, and I’m just one of those people. I move well, I’m fast, I’m smart, I think, and I pressure my opponents with powerful attacks,” the reigning BKFC World Light-Heavyweight Champion says.

“BKFC got legalized right as I intended to retire from MMA, so everything worked out perfectly.”

It’s hard to argue with that.

Hunt holds a 7-1 record in the BKFC Squared Circle, good for most victories in company history. In his most recent outing, the Jacksonville, FL fighter dethroned MMA legend Hector Lombard to win the BKFC World Light-Heavyweight Championship.

“The Juggernaut” is riding a five-fight winning streak heading into his first title defense against Joe “Diesel” Riggs in the Main Event of BKFC 24 on Saturday in Great Falls, MT, LIVE on BKTV.

Hunt’s journey to the BKFC Squared Circle began when he was starring in amateur charity fight night events. The UFC was never a goal for Hunt, who made his professional MMA debut at 33 when he was already an established businessperson. Hunt is a black belt, but he’s a whole lot more interested in knocking his opponents out on the feet than rolling with them on the canvas.

“I was a knockout artist. I didn’t start losing until we started wrestling. So when BKFC came along, it was easy for me,” Hunt says with a big laugh.

“The rest is history.”

So what’s the secret to his success?

“You can’t even look at fight tape for how to beat me, because I’m my own worst critic.”