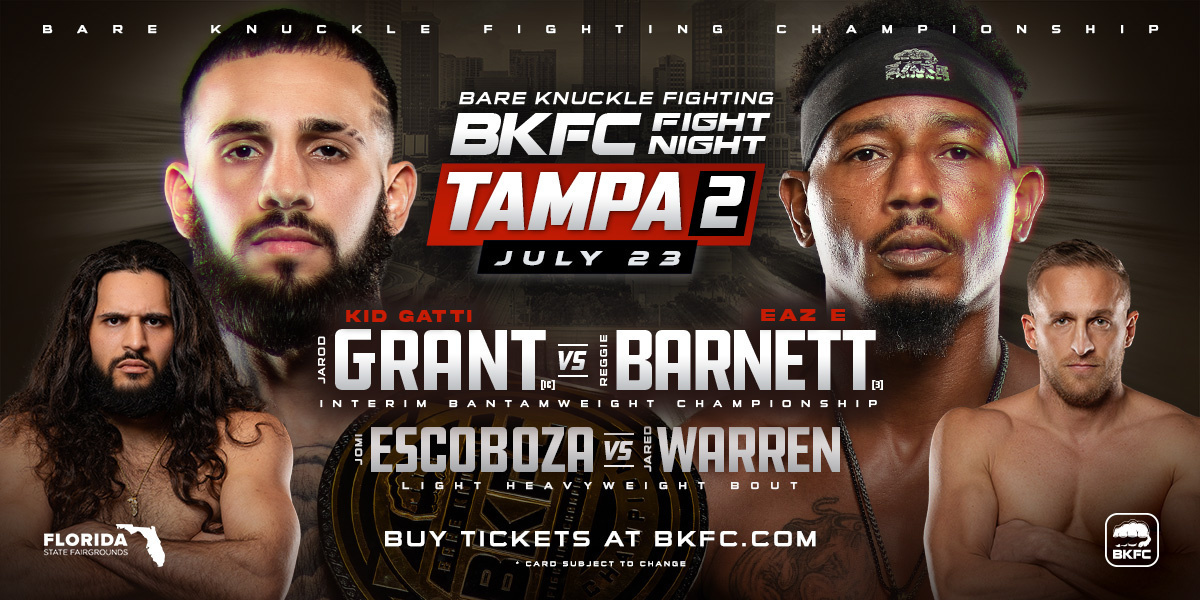 In the Main Event, Jarod “Kid Gatti” Grant defends his BKFC World Interim Bantamweight Championship for the first time against Reggie “Educated Hands” Barnett Jr. In March, Grant became the youngest champion in BKFC history at the tender age of 23. The fast-rising standout tries to improve to 6-0 with a fifth KO in the Squared Circle against his toughest challenge yet, the super technical Barnett Jr., who brings a hard-earned 6-2 record into battle, most recently going five rounds with Johnny Bedford in their bantamweight title bout in 2021.

Two of the best light-heavyweight fighters on the planet lock horns in the Co-Main Event, as John Michael Escoboza tries to climb to 8-0 at the expense of hard-hitting Jared Warren (3-2), the No. 5 BKFC light-heavyweight contender.

Speaking of world-class light-heavyweights, also in action is David “Redneck” Mundell, the No. 1-ranked BKFC light-heavyweight contender. He looks to improve to 5-1 against former amateur MMA champion David Simpson (1-1), who’s riding high after his first KO in the Squared Circle in May.