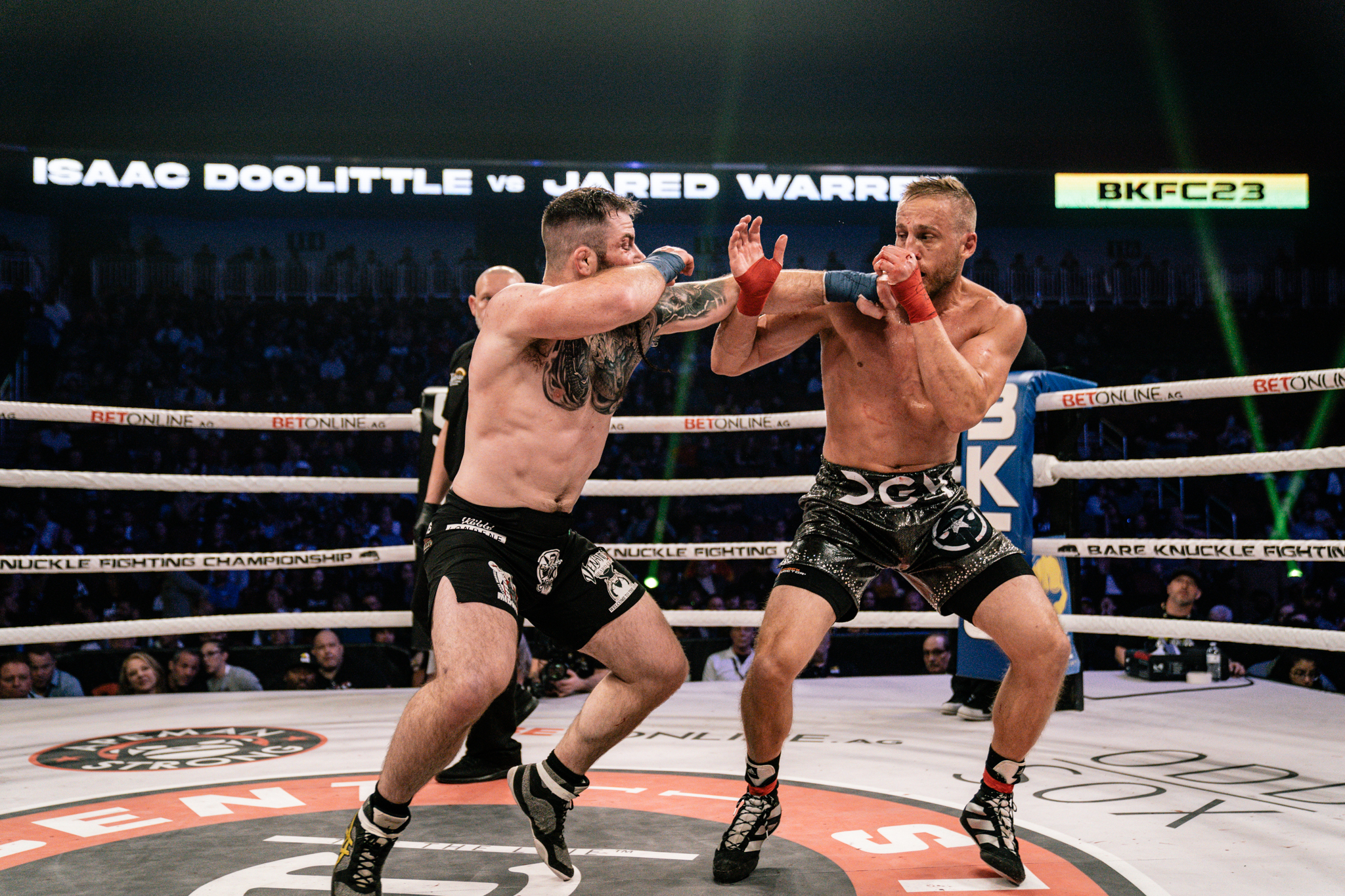 Isaac Doolittle stakes claim as No. 1 contender at light-Heavyweight with big win at BKFC 23

Isaac Doolittle did a lot on Friday.

With the victory, he improved to 3-0 in BKFC’s Squared Circle, officially solidifying his status as the No. 1 contender in the stacked BKFC light-heavyweight division.

“I’d give myself a six or a seven out of 10, if I had to grade myself. It was much better than I had been doing” the hard-hitting Manhattan, KS product offers. “My footwork and my head movement were a lot better, but we’ve gotta capitalize more when I knock guys off balance.”

“The Honey Badger” will be eagerly watching Light-Heavyweight Champion Lorenzo Hunt’s title bout with Joe Riggs in the Main Event of BKFC 24 on April 30 in Great Falls, MT.

“Both of them are absolute beasts,” he says of the BKFC 24 headliners. “I don’t have a preference as to who I fight for the belt. Whoever wins, I’ll fight him.”

Whether it’s Hunt or Riggs, Doolittle sees himself kicking off a long reign as BKFC Light-Heavyweight Champion, starting with his next fight. There’s no shortage in confidence of Doolittle’s potential, but he’s admittedly a little surprised by his early success in the world of bare knuckle boxing.

“It hasn’t really sunk in yet that I’m the No. 1 contender,” Doolittle says with a chuckle. “I still laugh about it.”