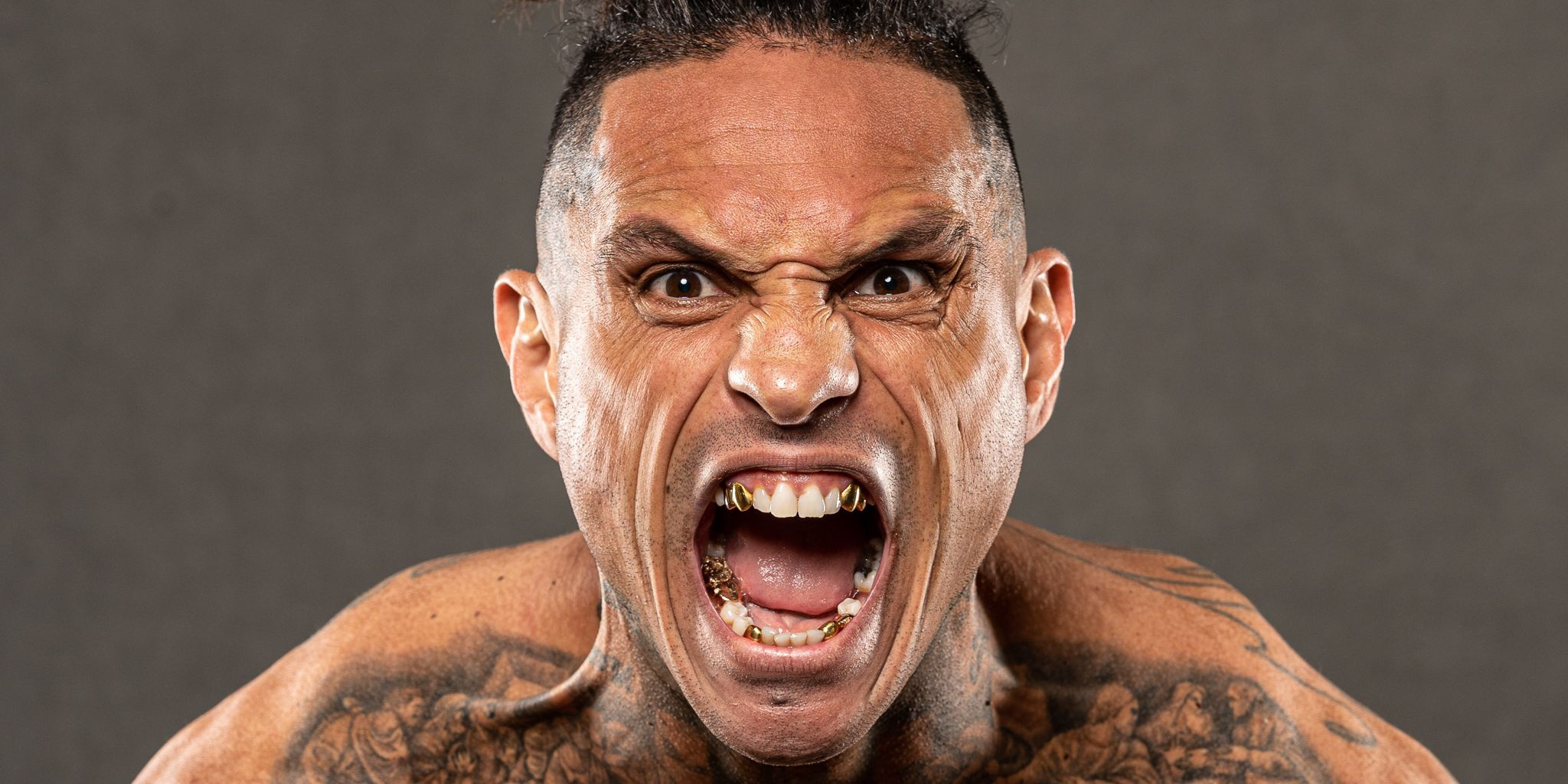 Uly “Monster” Diaz’s nickname works well on one level, and not so well on the other.

He’s downright scary when he steps into the Bare Knuckle Fighting Championship Squared Circle. Few men are more dangerous when it’s time to toe the line.

But outside of his fighting career, Diaz is as charming and pleasant as they come. He’s definitely not a scary individual in conversation.

It wasn’t always necessarily that way.

“I was never a bully, but I grew up fighting,” Diaz admits.

Extracurricular fisticuffs and other questionable decisions led Diaz to suspensions from school and even a stint in jail.

How did “Monster” turn it around?

“I was in my mid-thirties, and I was just tired of my own shit,” Diaz says with a chuckle. “I ran in the streets and was always with the wrong people, but in 2016 I had a ‘come-to-God moment.’ I’m spiritual, but I’m not religious. Something happened that day that dropped me to my knees, and I knew I had to find a way to get out of this lifestyle before it kills me, and takes me away from my family.”

Perhaps ironically, Diaz turned to boxing to make his life less chaotic and dangerous. He started training and took a fight less than two months later. He won by KO, and the rest is history.

“Here we are, six years later,” says Diaz, who boasts a 3-1 record with BKFC and a 13-1 professional boxing record.

Diaz’s lifestyle is vastly different now that it was before he found combat sports. He’s been clean and sober for years. His impressive BKFC resume has made him a role model to young athletes around the world.

“Fighting saved my life, it really has,” Diaz says.

“If I didn’t find fighting, and have this positive outlet in my life, I’d definitely be dead or in prison. I found fighting and it saved my life. Slowly but surely, it absolutely saved my life.”

Diaz’s next fight is his biggest bout yet. He takes on Francesco Ricchi (4-0) for the Interim BKFC Middleweight Championship in the BKFC 26 Co-Main Event on June 24 in Hollywood, FL, LIVE on the new BKFC app. Diaz considers himself a good friend of Ricchi, and praises him as an excellent fighter and first-rate human being.

It’s nothing but respect from Diaz, but he’s been training for BKFC 26 for just one reason.

“Once that bell rings, we’re trying to knock each other’s head off, brother,” Diaz says. “That’s how this business goes. It’s not a playdate; we’re both here to take care of business and put on a show for the fans.”