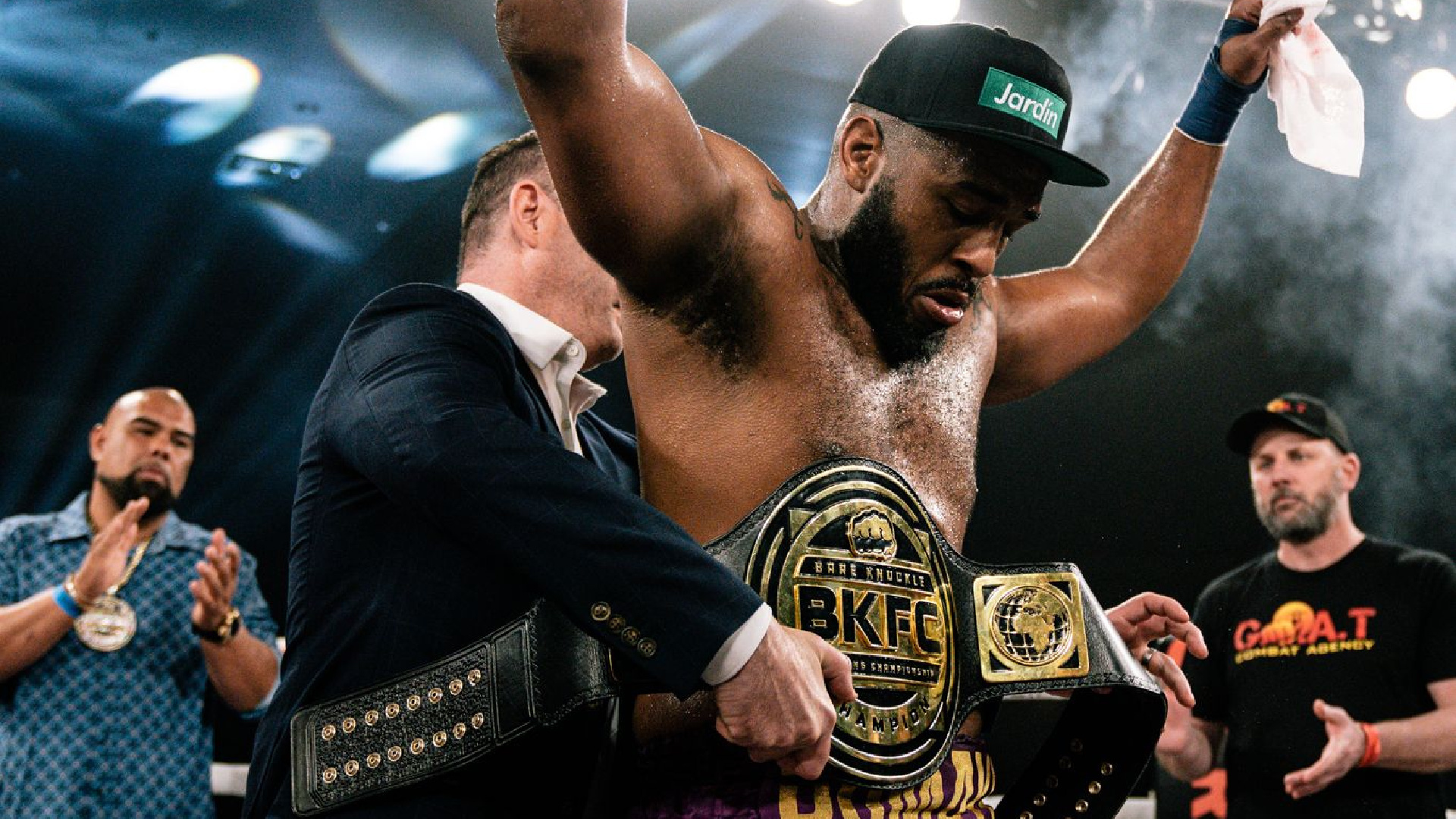 Arnold Adams is the gold standard for BKFC heavyweights.

Adams’ 7-1 record is best all-time in the highly competitive division. “Bomaye,” as he’s known to fans around the world, is the No. 3 BKFC Pound-for-Pound fighter. He’s been one of the most dominant bare knuckle fighters on the planet since his debut in the Main Event of BKFC 1 in 2018, when he earned his first of five stoppage victories in the Squared Circle.

“I want to hold the belt as long as I can. At this point, it’s really just about raising the bar as heavyweight champ,” Adams says.

“Like Luis Palomino has set the standard for the BKFC as a whole, I’m trying to set that standard for the heavyweight division, and give these guys something to strive for in the event that I ever do lose the belt.”

A possible disturbance to Adams’ plan is waiting for him in Louisiana.

In the Main Event of BKFC 36 in New Orleans, Adams defends his BKFC World Heavyweight Championship for the second time against undefeated challenger Alan Belcher (4-0) on Feb. 24 under the bright lights at Pontchartrain Convention & Civic Center in Kenner, LA, LIVE on the BKFC app.

Nobody has more BKFC heavyweight fights under their belt than Adams, and “Bomaye” sees Belcher as his toughest challenge yet.

“Without a doubt,” Adams says.

“The competition is getting bigger and better, and they’ve got more accolades behind them now. Alan was one of the best middleweights in the UFC when he was fighting there.”

But, Adams says with a smile, BKFC isn’t MMA.

“He wasn’t known as a striker, though – he was more known for his jiu-jitsu. Well, I’m a striker at heart. I’ve been a striker my whole career. I’ve been hit hard, I show no emotion, and I keep moving forward. I’ve noticed that, while my opponent does keep pushing forward, he presents openings that I can capitalize on.”

“Me with the belt – that’s the most likely outcome.”