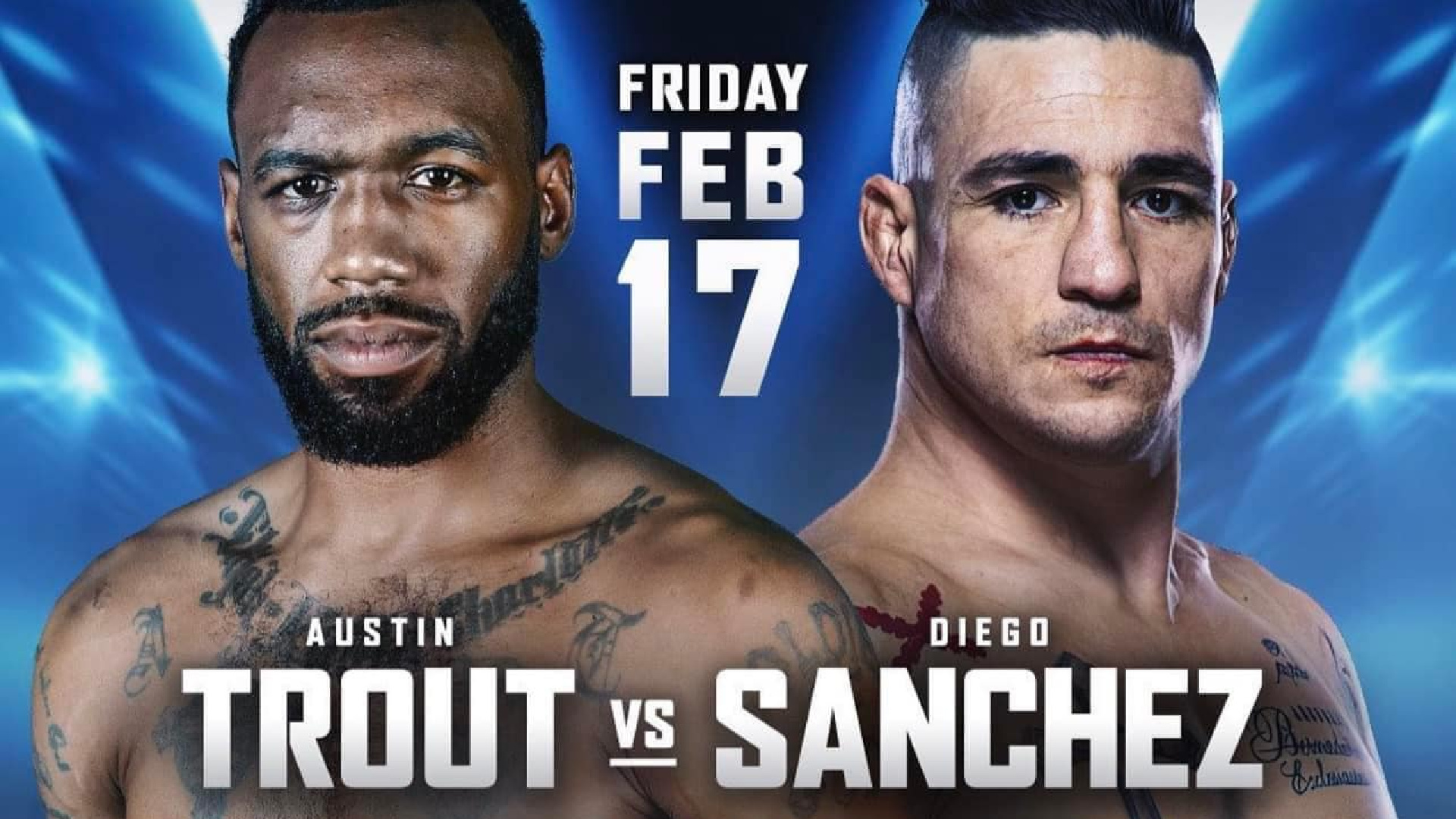 The biggest combat sports event in New Mexico history just got even bigger, as homestate legends Diego “Nightmare” Sanchez and Austin “No Doubt” Trout collide in the Squared Circle at KnuckleMania 3 on Feb. 17 in Albuquerque under the bright lights at Tingley Coliseum, LIVE on the BKFC App.

Both Sanchez and Trout boast legendary bodies of work heading into their highly anticipated BKFC debuts at KnuckleMania 3.

Sanchez enters the BKFC Squared Circle after a historic 32-fight tenure with the UFC. The Albuquerque product assumed the international spotlight in 2004 when he won the inaugural The Ultimate Fighter tournament. He has since then been regarded as one of the most exciting and captivating MMA fighters of all time.

Trout, who hails from Las Cruces, NM, enters the BKFC Squared Circle for the first time after an exceptional boxing career. His 35-5-1 record includes victories over all-time greats like Miguel Cotto. In 2013, the five-time WBA champ established himself as one of the top light-middleweights of his time after sharing the ring for 12 hard, back-and-forth rounds with Canelo Alvarez.