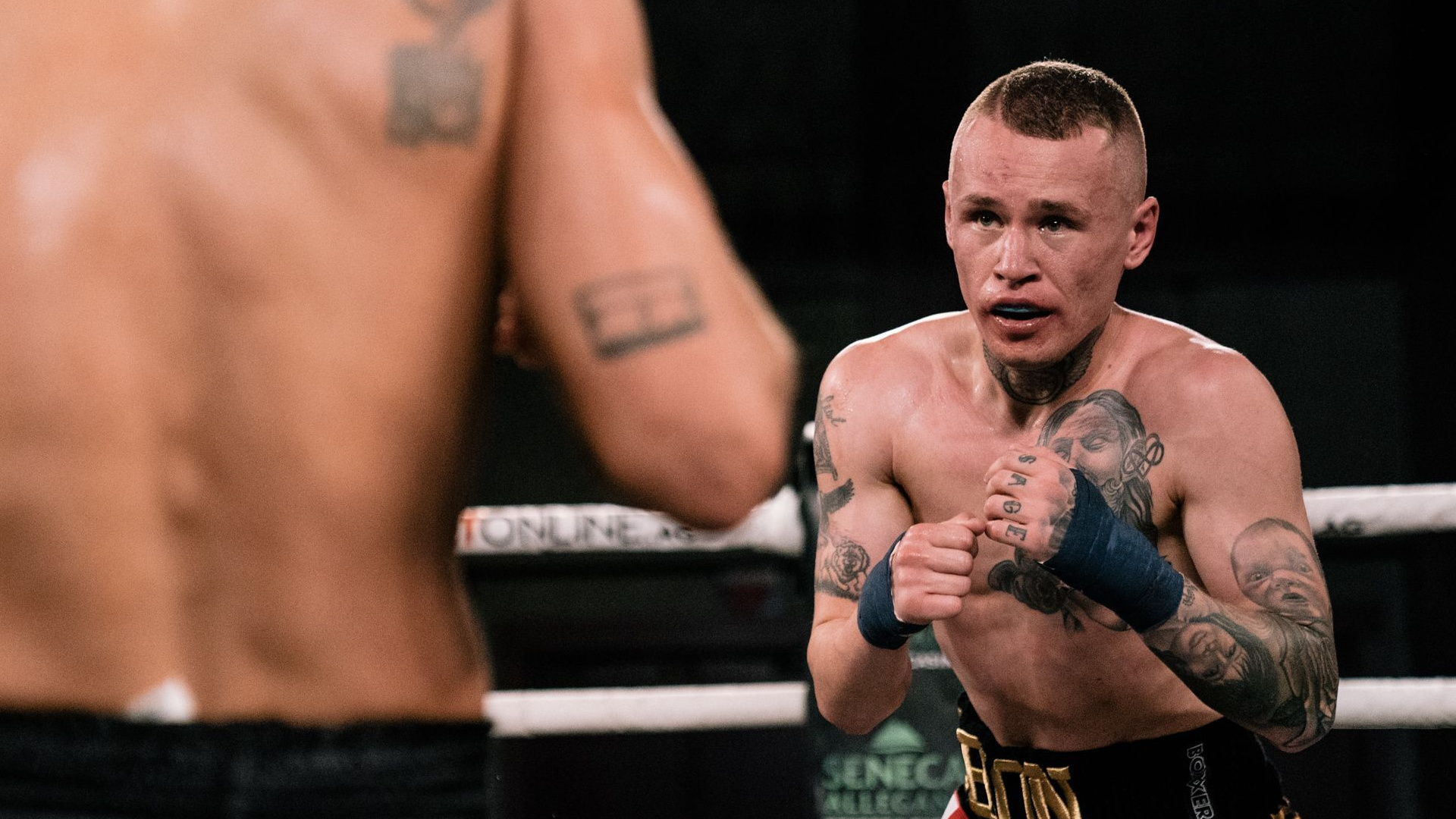 Devin Gibson is gearing up for the biggest fight of his career.

The fast-rising Canadian looks to climb to 3-0 in the BKFC Squared Circle against Albert Inclan in their bantamweight showdown at BKFC 35 on Jan. 27 in Myrtle Beach, SC, LIVE on the BKFC app.

To be 3-0 under the BKFC banner is an impressive milestone in the unpredictable and highly competitive world of bare knuckle fighting. The 28-year-old Sarnia, ON product knows another big victory would do wonders for scoring a marquee matchup in 2023, but he doesn’t have any trouble keeping things in perspective.

“I’m pretty used to it because I’ve had some big fights as an amateur and have been in a lot of high-risk, high-reward spots as a fighter,” says Gibson, a former provincial amateur boxing champion in Ontario, Canada’s most populous province.

“The atmosphere and feeling of it all is nothing new. The cameras and the attention that comes with fighting for BKFC is a little different, but it’s just another day at the office, honestly.”

Gibson is one of just a handful of Canadian fighters under contract with BKFC, so he feels a lot of national pride when he steps into the famed Squared Circle. He has big goals for his own fighting career, including someday becoming the first Canadian champion in BKFC history and helping the world’s fastest growing combat sport expand into “The Great White North.”

“A lot of people love bare knuckle fighting out here, so it’s great to get recognition for my fighting,” he says. “But what would be even better is if eventually the Ontario athletic commission sanctions BKFC events and I have the opportunity to compete at home as a professional bare knuckle fighter. That would be a dream come true.”