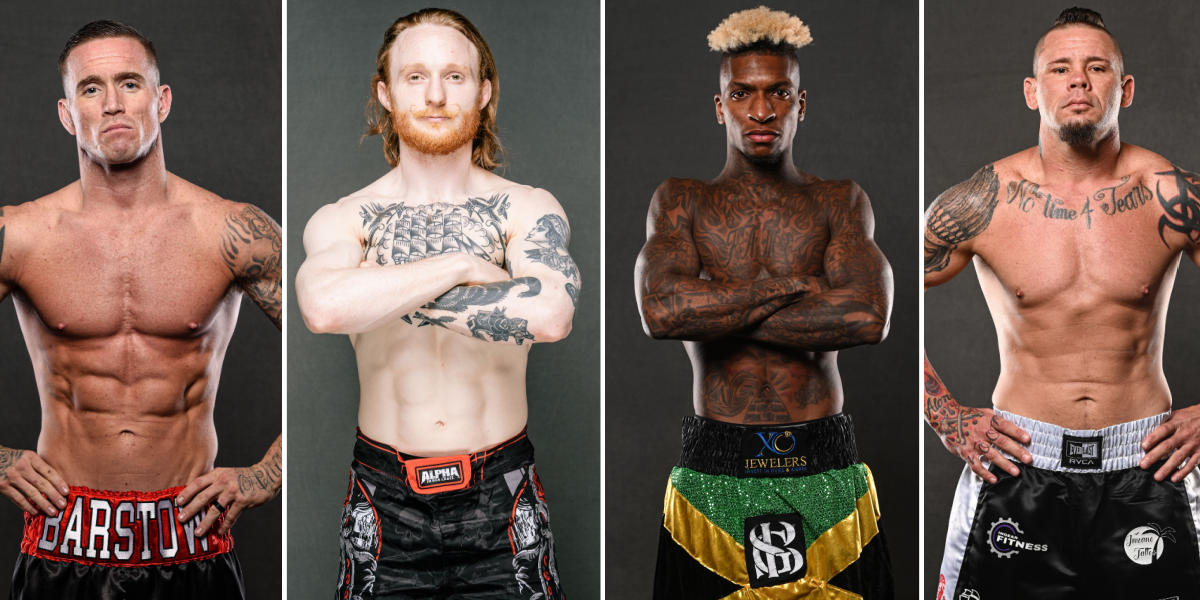 We’re counting down the seconds to Saturday’s BKFC Fight Night: Tampa 2 at the Florida State Fairgrounds, LIVE on the BKFC app.

Check out these Main Event predictions from some of BKFC’s biggest stars as we get ready for Saturday’s action in Tampa.

“Captain” Jack Claffey: “I'm picking Grant for this one. Both guys have tools at mid and close range, but Jarod has shown he can inflict better damage in the clinch. If Barnett gets hurt, Grant will swarm for the finish.”

Howard “HD” Davis: “My prediction for the Main Event is that ‘Kid Gatti’ stops Barnett in the third round via KO.”

Andrew Angelcor: “I think Reggie Barnett Jr. is gonna be too crafty for him. Grant is tough, but Barnett is going to be hard to hit.”

Steve “Tomahawk” Townsel: “I believe Jarod Grant is still hungry and has the momentum in his favor. This fight goes to the third round, punches in bunches; pressure will bust pipes in this one. Florida boy keeps the belt. Respect to Barnett; he is a savage. ‘Fight of the Night’ written all over this one.”