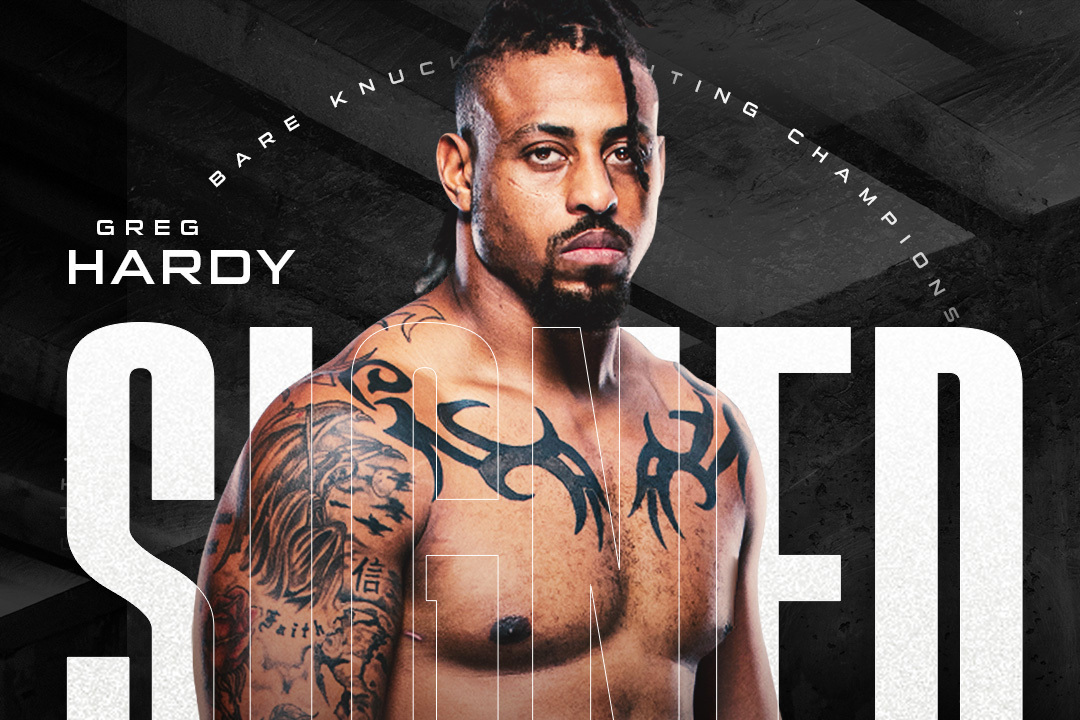 The World’s Fastest-Growing Combat Sport has signed former NFL Star Defensive End and UFC Veteran Greg Hardy to an exclusive multi-fight promotional contract. Following an All-Pro career with the Carolina Panthers and Dallas Cowboys, Hardy, standing 6’5” most recently competed as a heavyweight in the UFC compiling a record of 7-5 with six knockouts.

“I’m excited to start working with Greg, he’s a tremendous athlete with quickness and incredible strength as he’s shown in the UFC and NFL. He wants to test himself in bare-knuckle and has been training for a fight for the last couple of months,” said Dave Feldman, President of BKFC. “Heavyweight is one of our deepest divisions and his skill set fits right in. We’ll announce the date, location, and his opponent shortly.”

Said Hardy, “I'm back and ready to knock everyone out in the baddest promotion there is. Everyone knows I can knock people out and that's what I'm planning on doing. I can't wait to take the gloves off and Rumble for BKFC.”

The 33-year-old Hardy was drafted by the Carolina Panthers in 2010 where he played for five years before finishing his NFL career with the Dallas Cowboys in 2015. In his 75 total games played, he compiled 238 tackles and 40 sacks.

Following three amateur MMA victories in 2017 and early 2018, Hardy was signed to the Dana White Contender Series winning three bouts by first-round knockout. He would fight for the UFC for three years including on such major cards as UFC 249, UFC 264, and UFC 272 including victories over Alexander Volkov, Maurice Greene, and Dmitry Smolyakov.