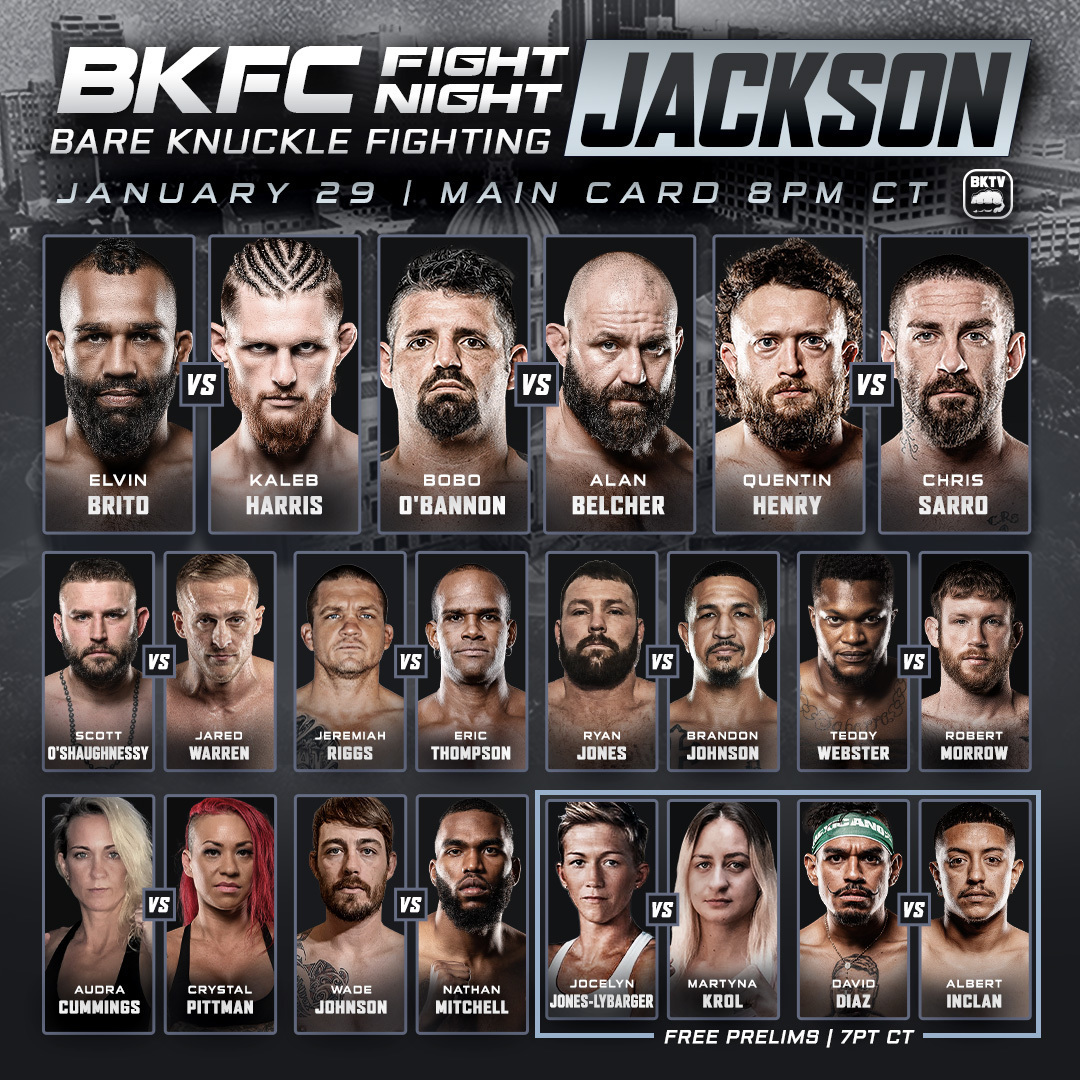 January 29 is a night of firsts, as the Bare Knuckle Fighting Championship makes its debut in Jackson, Mississippi for the first show of 2022, and Elvin Brito faces Kaleb Harris for the inaugural welterweight championship.

Fan interest in BKFC grew exponentially in 2021, and beginning the year with BKFC Fight Night Jackson should be right up fans’ alley once more. The Jackson Convention Center crowd will bear witness to some of the best and most entertaining fighters bare knuckle has to offer—from the flyweights to the heavyweights.

The welterweight division, however, is the focus of the main event in Jackson. Elvin “El Bandido” Brito clashes with Kaleb “Lionheart” Harris in a rematch of their close and competitive 2020 bout that saw Brito emerge with a split decision win.

This time Brito and Harris meet with more experience, Brito says. “I was 1-2 [for the first fight with Harris], now I’m 4-2,” he recalled on The Bare Knuckle Show, BKFC’s official podcast.

Indeed, both men fought twice in 2021 and on paper the rematch appears not only natural, but nearly preordained. But it almost didn’t happen, as Harris was initially slated to face Julian Lane. When Lane found himself suspended by the Florida State Athletic Commission following an altercation with Mike Perry at BKFC Fight Night Tampa in December of 2021, Brito stepped in. 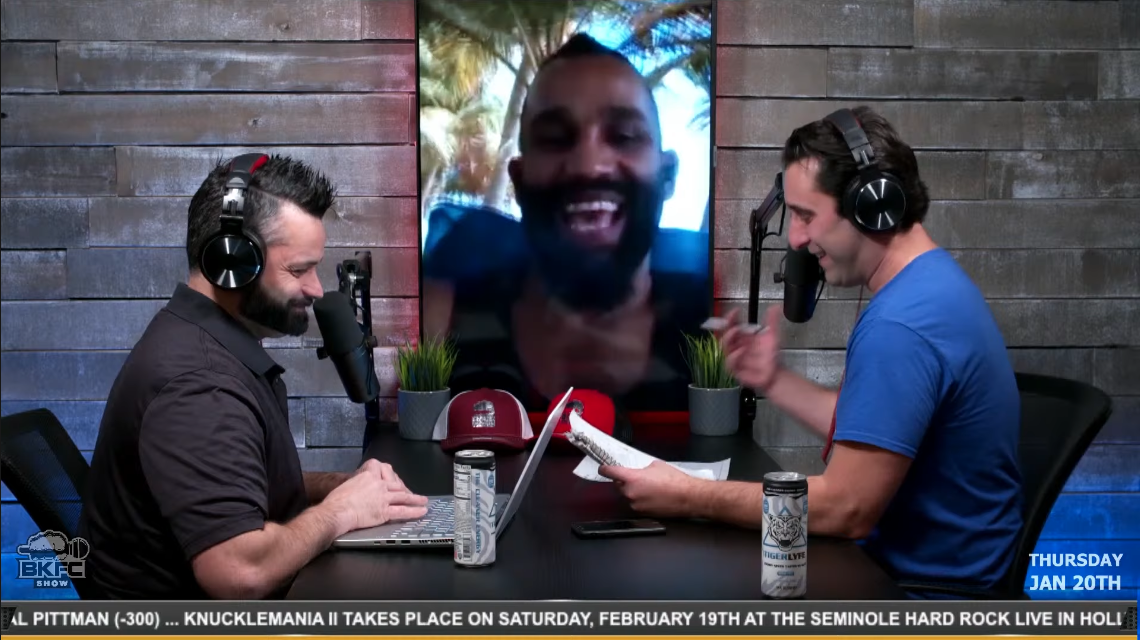 “For about two weeks, I was basically training to fight Julian Lane and Elvin,” Harris said on The Bare Knuckle Show. “I didn’t know how it was gonna play out. But now I’m fighting in my hometown for the title, just like destiny intended.”

Though Harris, 4-3, fought twice in nearby Biloxi in 2021, he hasn’t managed to appear in front of his own crowd since the last time he did in mixed martial arts several years ago. A main event feature at home in Jackson required some work, and Harris was more than willing to do it.

“I reached out to David Feldman, and I said, ‘What do you need from me to bring BKFC to Jackson? I haven’t fought in my hometown in over five years, you know I put on a show. Just tell me what you need and I will get it for you.’”

So Harris went out and promoted himself, helping to sell a substantial amount of tickets to the welterweight title fight. 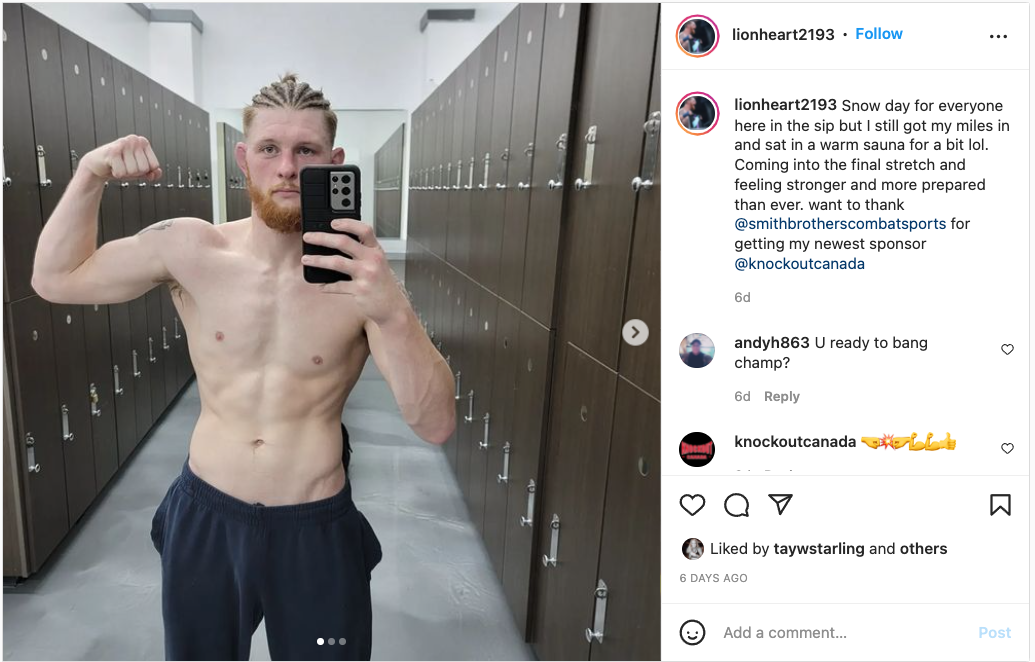 Brito has done the work he believes will bring him a win on his opponent’s turf. Considered one of the more technically-sound fighters in the BKFC, Brito’s skills are in high demand among his peers, and he happily name-dropped a few fighters in his Puerto Rico training camp.

“Joey and Britain Beltran, Lorenzo Hunt, and I had a couple amateurs out here helping me out too,” Brito said. “It’s been an awesome experience, all pushing each other. I plan on staying ahead of Kaleb the whole time, so it’s gonna be interesting to see what his game plan is coming into this fight.”

Harris didn’t detail his fight plan, but all three of Harris’ losses in the BKFC have been close decisions. It’s clear that, riding a win streak and having braved through the trouble to see each final bell, the younger man is confident.

“If I can connect solid, I believe I can put him out. But Elvin’s a tough dude, and I mean that with all the respect. I’m coming in a lot more serious in this fight, it’s nothing against Elvin. I’m coming out there to put him on the floor. But if it goes to a decision… it’s gonna be 100% unanimous.”

In the co-feature, heavyweight fan-favorite Bobby “Bobo” O’Bannon attempts to maintain his winning momentum against 1-0 Alan “The Talent” Belcher. 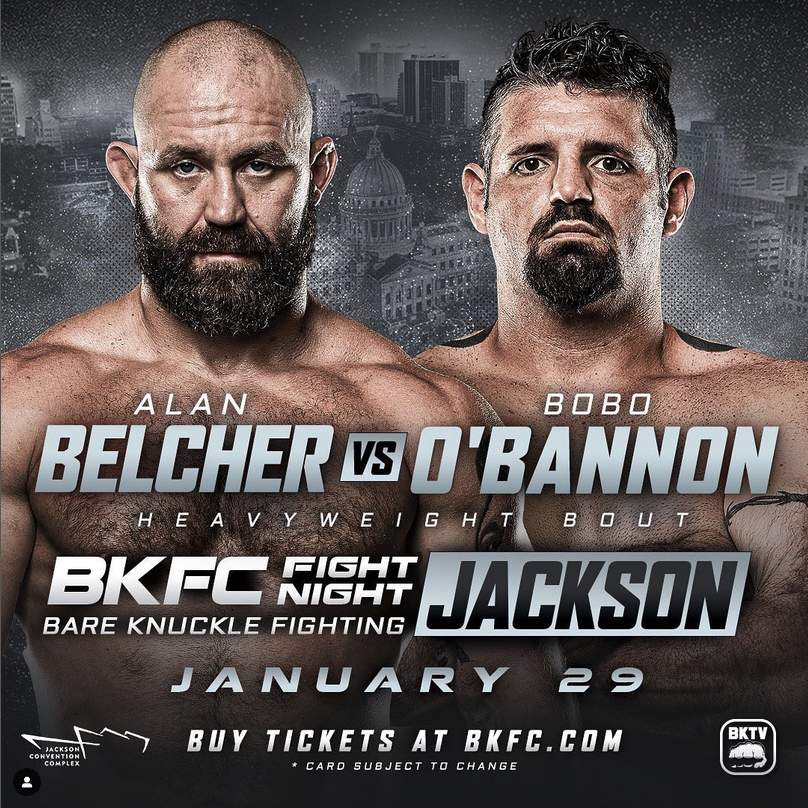 After four fights in BKFC, Alabama’s O’Bannon wound up with a 2-2 record. A productive 2021 netted O’Bannon two more wins, leaving him at his current 4-2. And he righted the ship training on his signature back porch punching bags. Most importantly, all of the wins from the “Bible Belt Brawler” have come by stoppage.

Facing a puncher like O’Bannon while having fought a single time in BKFC might be a serious disadvantage for most, but Belcher brings with him a decade of facing some of the best mixed martial artists on the planet. Mississippi-born Belcher has battled too many times to fear O’Bannon and thrown too many punches to hold back now.

Another matchup between heavyweights Quentin “The Hero” Henry and “Golden Gloves” Chris Sarro may be a difficult act for O’Bannon and Belcher to follow. Henry, another popular member of the BKFC roster, returns after a big knockout win at BKFC 20 and brings his 3-1 ledger along with him. The 2-2 Sarro looks for a big change in momentum with a victory.

At light heavyweight, Scott O’Shaughnessy and Jared Warren look to plow forth toward a potential championship opportunity. At 2-0, O’Shaughnessy will be the fourth undefeated fighter Warren, 2-1, has been in with.

Filling out the main portion of BKFC Fight Night Jackson: 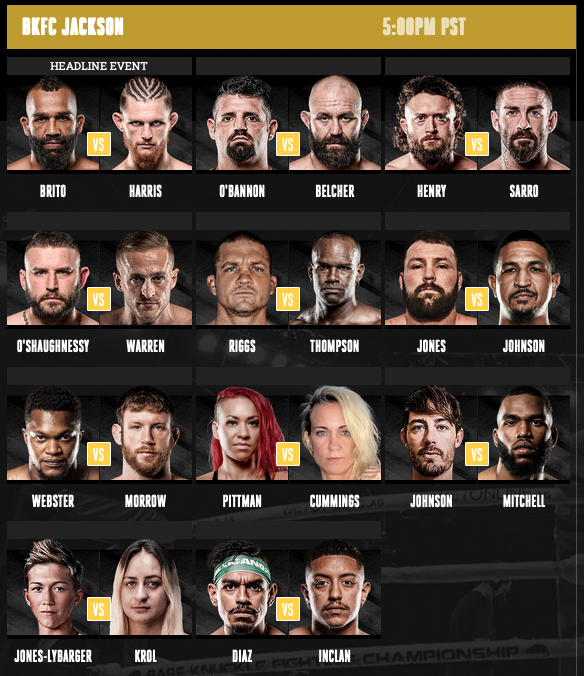 In the free prelims, mixed martial artist Jocelyn Jones-Lybarger makes her BKFC debut fighting Muay Thai practitioner Martyna Krol, who also makes her debut. Both fighters add to an ever-expanding and improving women’s flyweight division, and the opportunity to lead off BKFC Fight Night Jackson with a breakthrough performance is an extra incentive to scrape for this win.

Finally, 1-0 bantamweight David Diaz returns to BKFC to face Albert Inclan, who makes his combat sports debut, in the opening fight of the card. “El Necio” Diaz, who sports a memorable mustachio and utilizes a swarming, brawling style, fought at BKFC 16 in Biloxi, earning a close victory.

Watch all of the live fight action exclusively on the BKFC app, starting at 8pm Eastern/5pm Pacific: click here.

Don't forget to check out Episode 1 of Ungloved: The Road to Knucklemania 2. 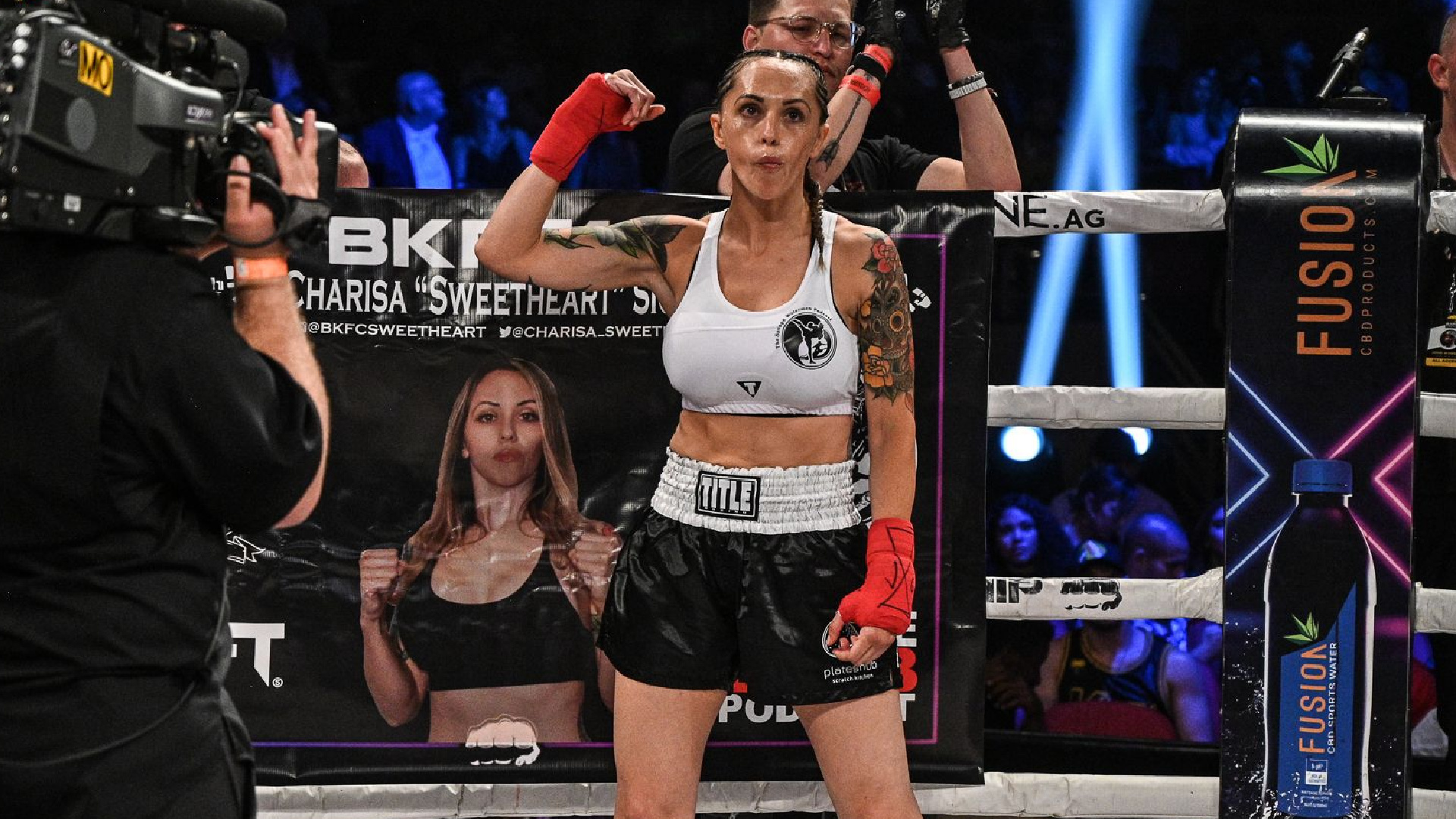