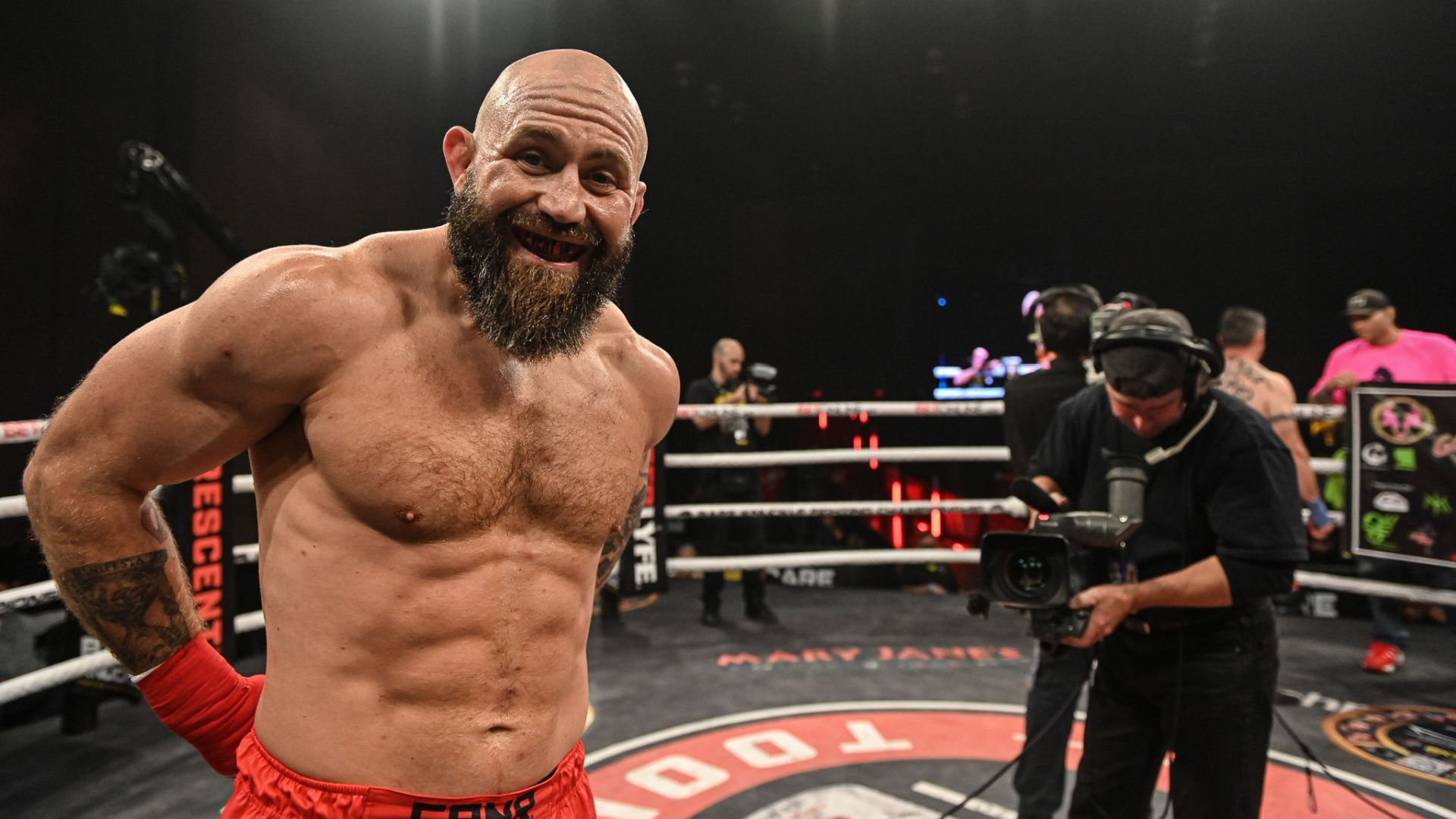 Alan Belcher is going for gold.

In the Main Event of BKFC 36 on Feb. 24, Belcher takes on defending champ Arnold Adams (7-1) for the BKFC World Heavyweight Championship in New Orleans, LIVE on the BKFC App.

“This is my first world title, and it feels great. It feels like everything is really coming together,” says Belcher, who boasts a 3-0 record in the BKFC Squared Circle.

Belcher, 38, has had a long fighting career. Before making his BKFC debut in 2021, he had an impressive 15-fight tenure in the UFC. His MMA resume includes nine knockouts and seven wins by submission. He’s also undefeated at 5-0 with five knockouts as a pro boxer. Still, Belcher believes the best has yet to come, starting with his title bout with Adams in New Orleans.

“My head is in the right place. I’m more confident than ever, I know the game better than ever. I’m 100-percent real and honest with myself. I don’t let my ego get in the way,” Belcher says.

“It’s cliche, but I’m really living the best life that I can right now. All of these fights are great opportunities to grow, and the belt is just icing on the cake.”

Belcher says he’s happy just to be competing, but it seems he’d be a whole lot happier if he had the BKFC World Heavyweight Championship belt around his waist.

What's the most likely outcome for BKFC 36 in New Orleans?

“If you were to bet, the safest bet is that I’m going to win – it’s going to be really tough to beat me,” Belcher says.

“I have the heart, determination and conviction that I’ve always had, and now my mind is aligned with that. I’m a very skilled fighter. But if my skills fail me, my heart is going to be really, really hard to beat.”