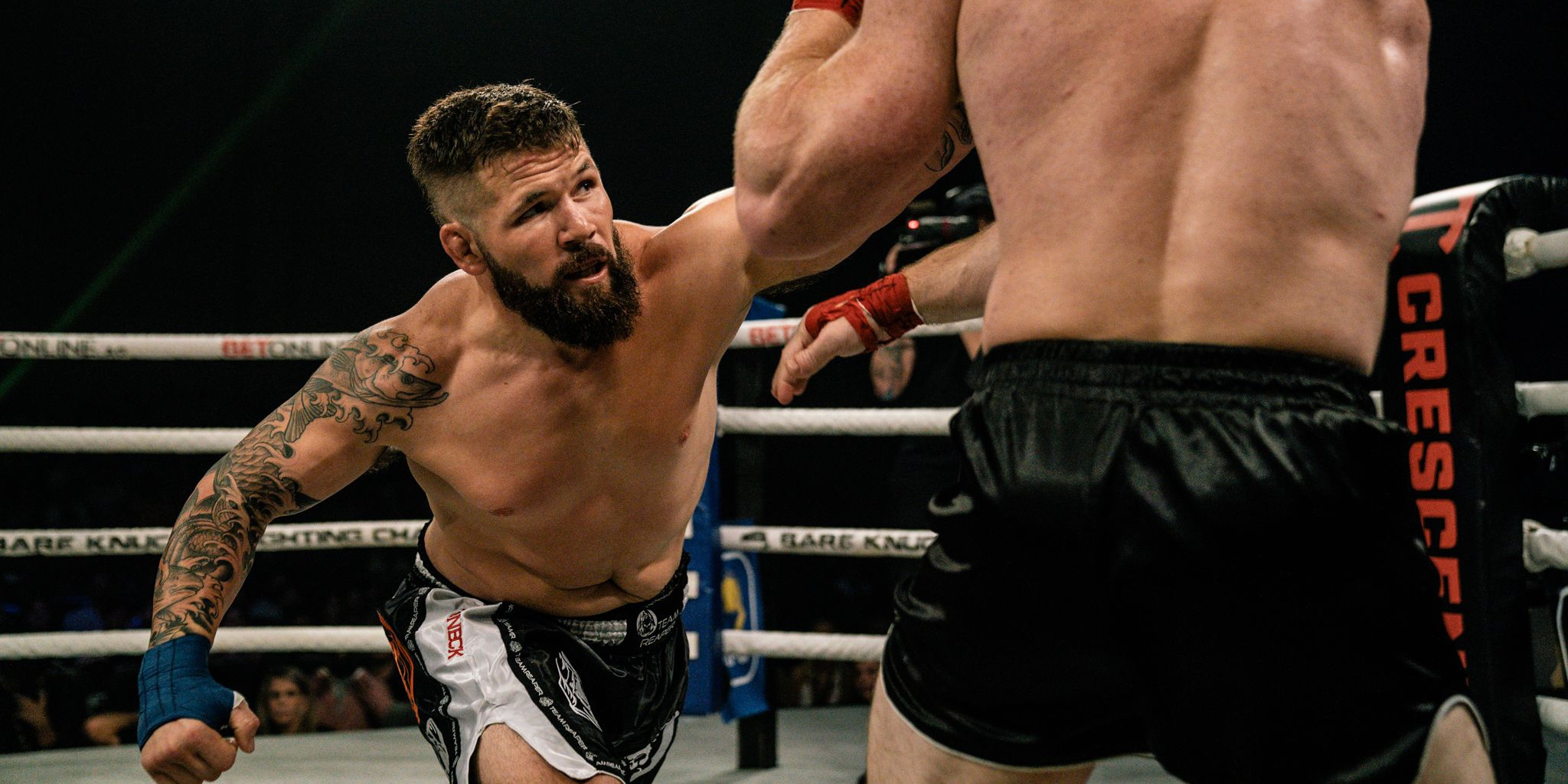 After 3rd straight win, David Mundell is ready to make his run to the top of his division

David Mundell is ready to make his run.

On Saturday, he won his third straight fight with a fifth-round TKO over David Simpson at BKFC Fight Night: Tampa 2, LIVE on the BKFC app. With the win in Tampa, FL, he improved to 5-1 in the Squared Circle.

After three impressive victories in less than a year, Mundell has his sights set on the top of the BKFC light-heavyweight division.

“If they can’t get me an immediate title shot (against Lorenzo Hunt), I want to fight in a title eliminator right away,” said a fired-up Mundell, the No. 1 BKFC light-heavyweight contender.

“Right now the goal is to go in there and take (the belt). It would mean a lot, and it would only be the beginning.”

Mundell left the Squared Circle on Saturday with a mostly clean bill of health. But a cut he sustained during the fight triggered an automatic 60-day suspension from competition.

“I’ve got two months to do my own thing and train,” he said. “After that, whenever they want to set it up, I’ll be ready.”