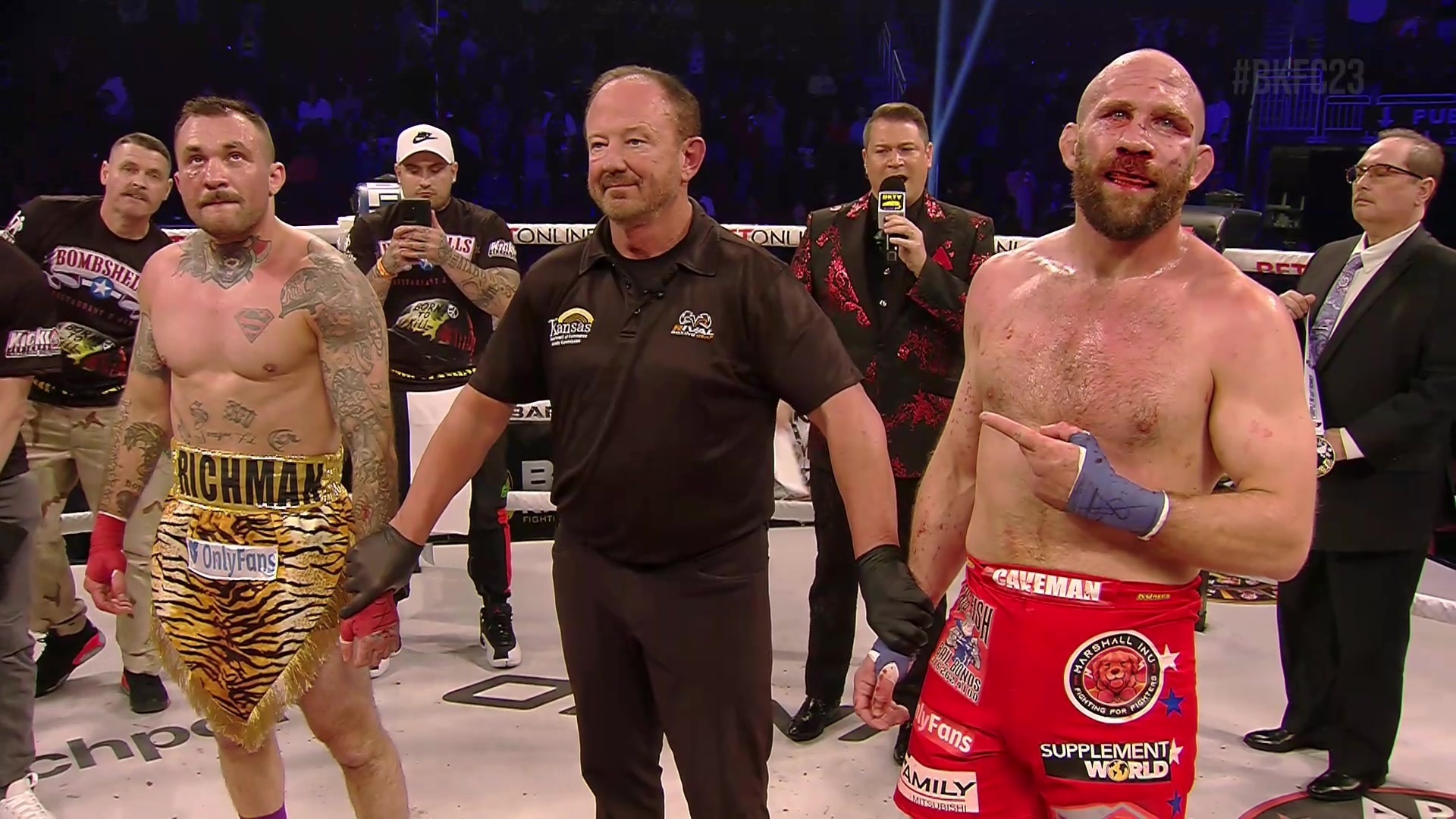 Bare Knuckle Fighting Championship brought all the fireworks for their third event in Kansas on Friday night, with the action-packed BKFC 23 under the bright lights at INTRUST Bank Arena in Wichita, LIVE on BKTV. Replay is available now.
In the Main Event, Mike "The Marine" Richman defeated Dave Rickels by second-round KO to solidify his status as No. 1 contender in the BKFC's stacked Middleweight Division. In the Co-Main Event, Isaac "The Honey Badger" Doolittle beat Jared Warren by Majority Decision to become No. 1 contender in the BKFC's Light-Heavyweight Division. 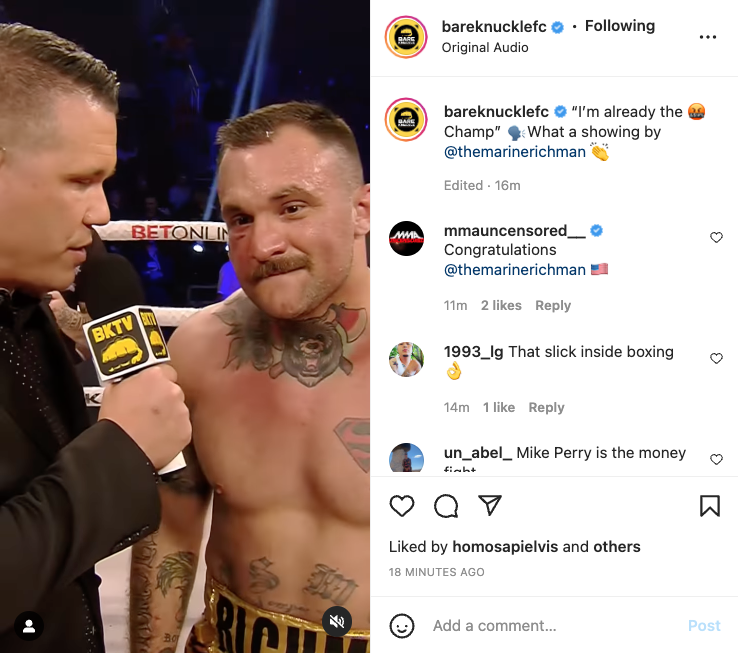