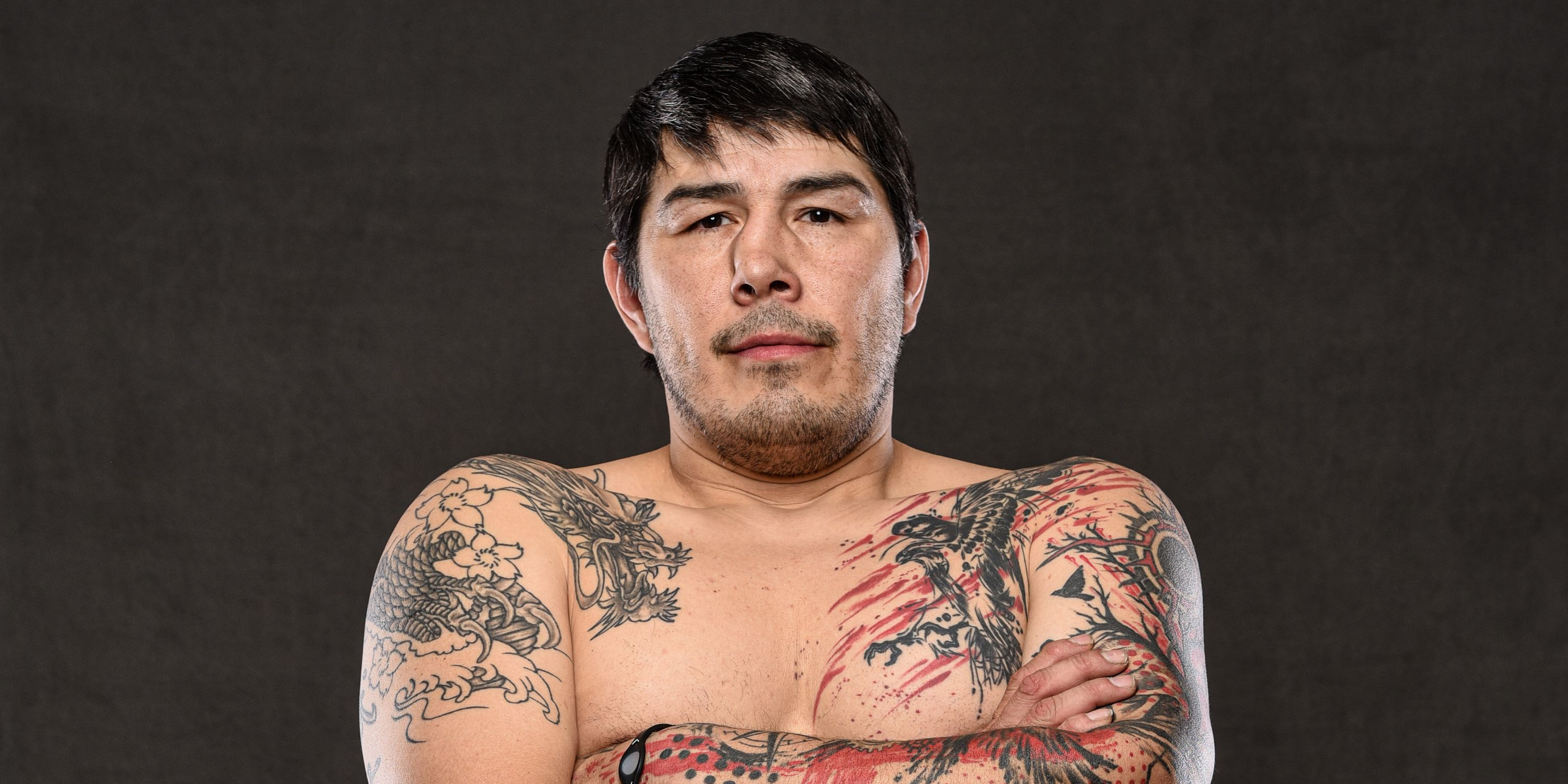 Born on Turtle Mountain Indian Reservation in North Dakota before moving to Montana as a youngster, Bercier grew up fighting.

“Reservation life in Montana and the Dakotas is really, really, really impoverished and poor. It’s really, really hard. Like you’re living in a third-world country,” Bercier says. “In a socioeconomic environment like that, you have to grow up tough. You don’t have a lot of nice people around you. A lot of very tough people out there.

“My dad was from the reservation, so his whole parenting style was punch first and ask questions later,” Bercier continues. “It started early for me.”

Things weren’t much better outside the home for Bercier, who was frequently picked on as a minority in a primarily white community. Bercier always had to fight to defend himself.

At 15, he entered a boxing club for the first time on the recommendation of a visiting cousin, and the rest is history.

“Bushido” has over 30 professional MMA bouts on his resume, holding a record of 19-10-1, 1 NC. He’s won three straight MMA fights by knockout, and was a winner by KO in his Bare Knuckle Fighting Championship debut in October.

Bercier has long been regarded as one of the most prominent Native American athletes in combat sports, and he considers himself a role model in his community.

“Because of fighting and combat sports, I was able to steer clear of all the obstacles that life can throw at you.”

Bercier turned 41 during his training camp for his fight against Leo Pla, which takes place Saturday at BKFC 24 in his hometown of Great Falls, MT, LIVE on BKTV.

After more than two decades of competition, “Bushido” knows his time in combat sports is coming to an end. But, he’s not ready to leave the Squared Circle just yet.

“I just want to be able to go out on my own terms,” Bercier says. “If I get to go out on top, that would be exceptional.”