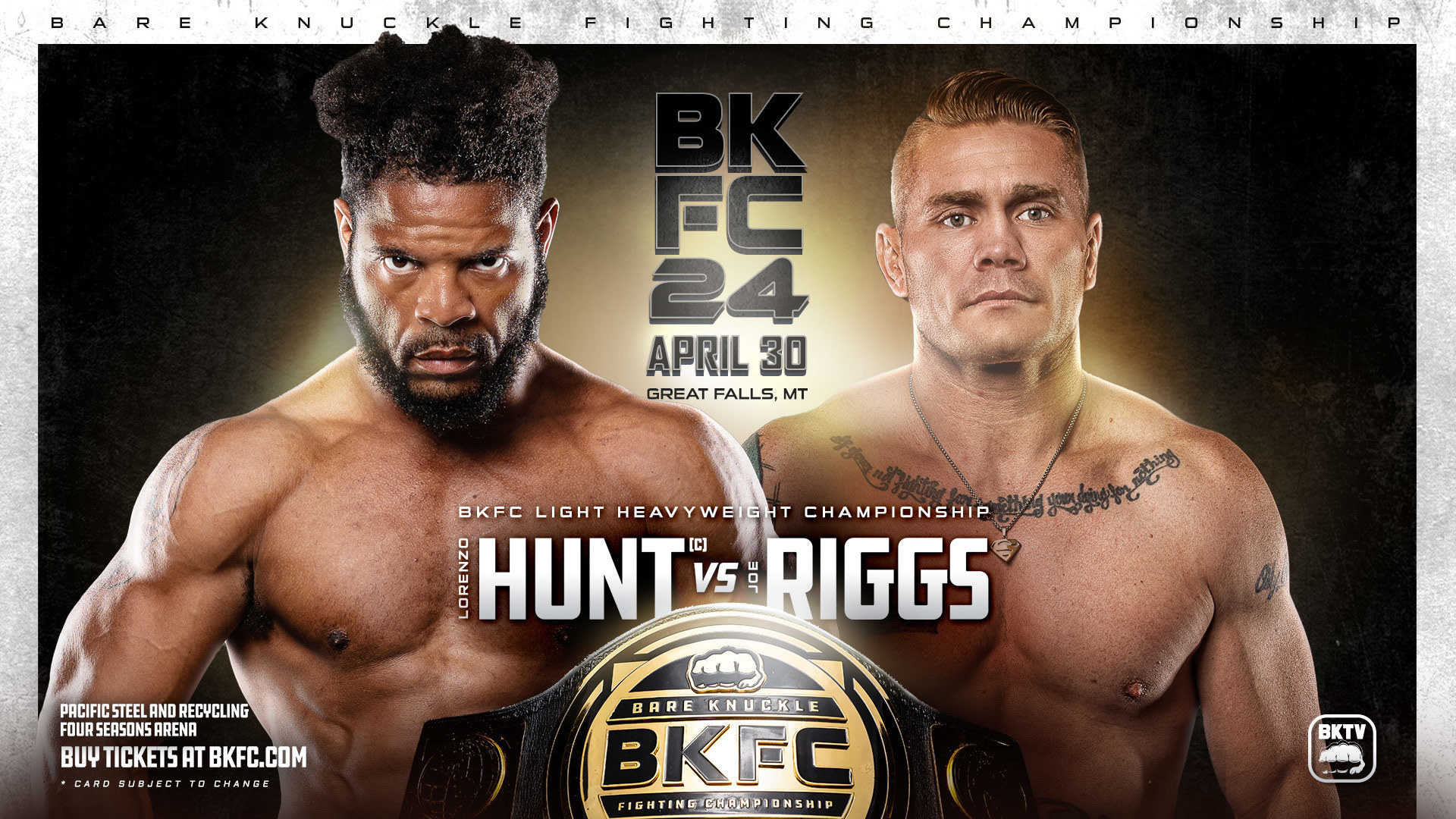 It's BKFC Fight Week in Montana!

This is Hunt’s first title defense since dethroning Hector Lombard for the crown in November. He returns to the Squared Circle with a near-spotless record of 6-1 on the strength of five straight victories. All but one of his wins have come by stoppage.

Riggs, meanwhile, may very well be Hunt’s stiffest challenge yet. An MMA legend before entering the world of bare knuckle boxing at BKFC 3, Riggs enters Saturday’s Main Event with a record of 3-1-1 in the Squared Circle. Riggs brings more than 20 years of professional combat experience to battle, including 12 fights in the UFC’s Octagon and K-1 kickboxing experience in Europe.