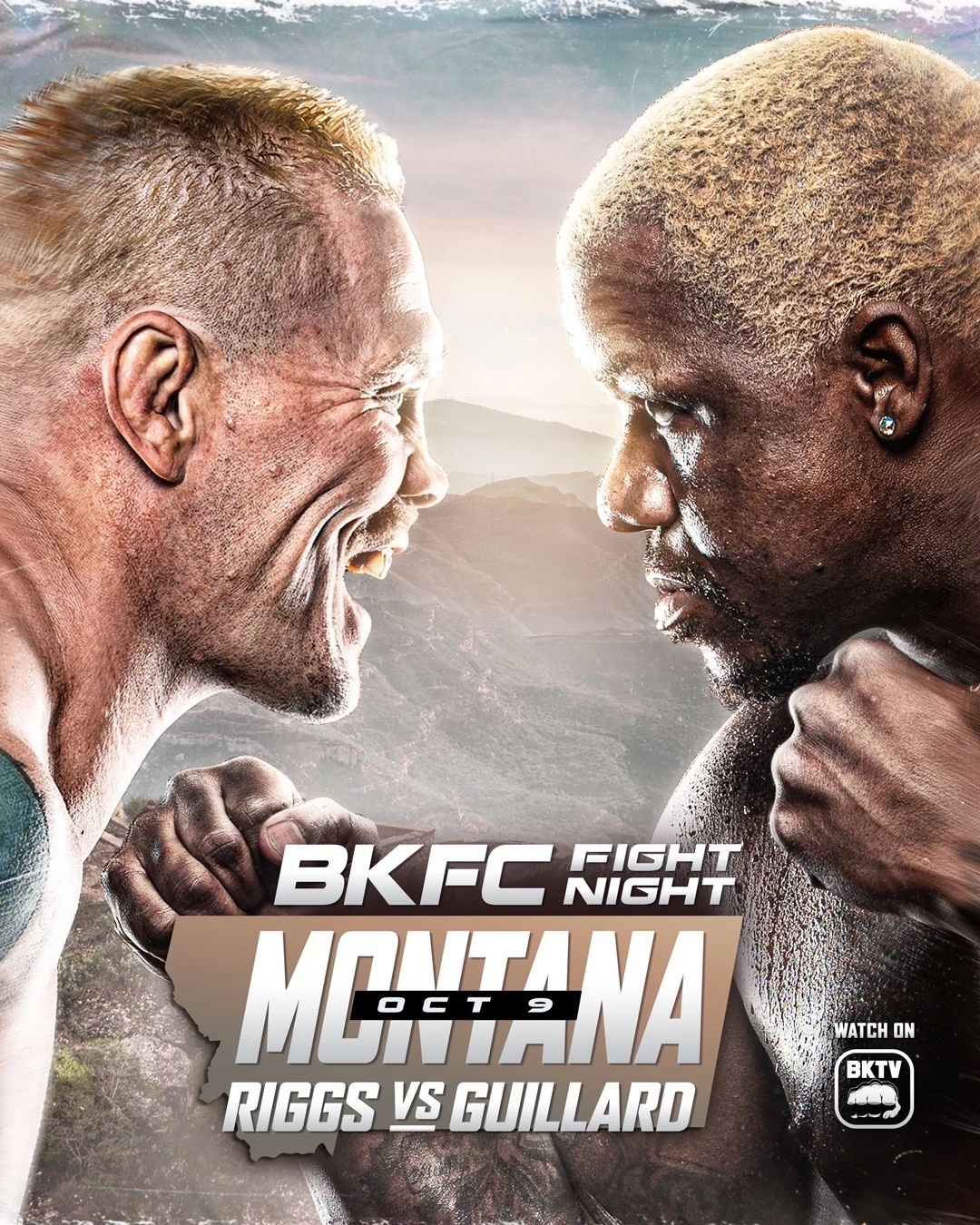 Bare Knuckle Fighting Championship (BKFC), The World’s Fastest Growing Sport, has announced their highly anticipated debut event in the State of Montana on Saturday, October 9 at the First Interstate Arena in Billings, broadcast live on the BKFC TV App in addition to globally on FITE.TV (8:00 p.m. ET / 5:00 p.m. PT).

“We’re thrilled to finally promote our first event in the great fighting state of Montana,” said Dave Feldman, President of BKFC. “We’ve put together an explosive card and can’t wait to arrive in Billings to showcase our extraordinary sport in front of the local combat sport fans in addition to our huge international fanbase watching on the BKFC TV App.”

Riggs heads into battle with Guillard following a controversially stopped world title battle with BKFC World Champion Hector Lombard at BKFC-18 on June 26, 2021. The fight was stopped by the ringside physician in the fourth round after Riggs was jabbed in the eye by Lombard and deemed unable to continue.

Former UFC standout Guillard looks for his first victory in BKFC after challenging Harris Stephenson at BKFC 20 on August 20, 2021. Guillard was contentiously disqualified for continuing to fight after dropping Stephenson to the canvas despite no additional blows landing on the fallen opponent.

Popular fan favorite Tom Shoaff, (2-3, 2 KOs), of Schaumburg, IL faces BKFC debuting Josh ‘Tha Prodigy’ Wright of Montana in the lightweight division. Shoaff looks to capitalize on his first-round stoppage of Nathan Mitchell on April 30, 2021 at BKFC-17 while Wright looks for a hometown victory in his first entry into bare-knuckle.

Also fighting in the women’s flyweight division, All-Action Standout, Taylor ‘Killa Bee’ Starling, (2-0, 1 KO), of Clover, South Carolina, faces off against Randine Elkholm, (0-1), of Washington State. The 25-year-old Starling, one of the most exciting fighters in the sport, stole the show at BKFC-19 with a brutal first round knockout of Cassie Robb on July 23, 2021 in Tampa, FL. Prior to that victory, in February 2021 at ‘KnuckleMania’, Starling won a unanimous decision over Charisa Sigala. Elkholm looks for her first BKFC win following a hotly contested clash with Britain Hart on November 13, 2020 at BKFC-14.

Much more information on additional bouts will be announced shortly.