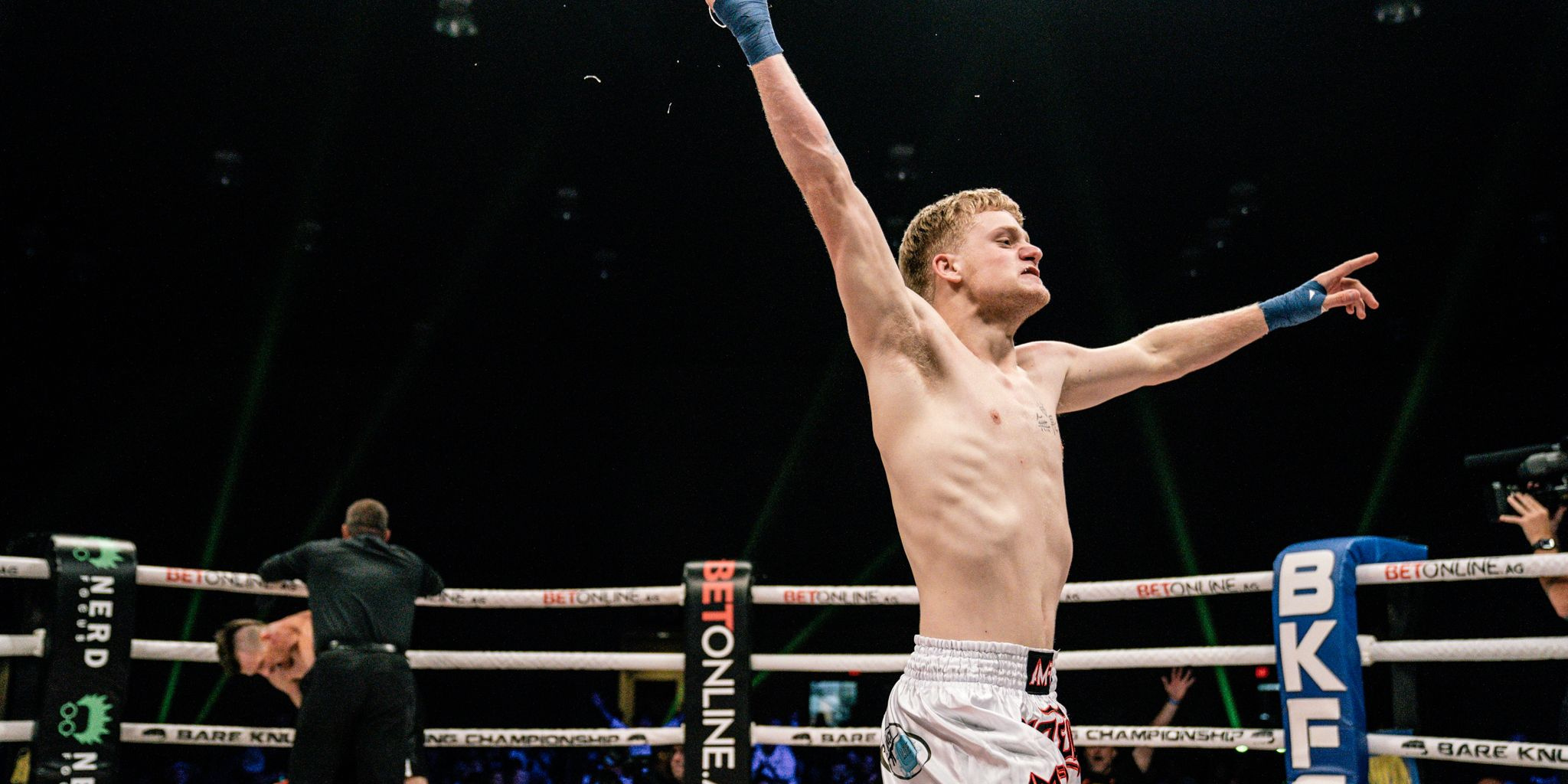 It took him exactly one minute to earn the victory by knockout over Phil Ramer in their featherweight clash in Jackson, MS.

Many fighters celebrate a job well done with a cold beer, maybe a stiff mixed drink, or even cracking a bottle of champagne or wine.

Maybe someday Sammis will be one of those fighters, but it won’t be for a few years. Sammis is a professional BKFC fighter – but he’s also just 18 years old.

“It’s a weird feeling; I can’t really describe how it feels,” Sammis says when asked how it feels to be the youngest fighter on the BKFC roster. “It is a bit awkward.”

On the one hand, Sammis says some fighters might be apprehensive to fight a teenager. On the other hand, some fighters will view him as a threat, as if his young age and accompanying hype has placed a target on his back.

But, at the end of the day, the featherweight upstart believes his youthfulness is one of the best things he has going for him.

“I can recover quicker, I may be quicker on the feet, I’ve got many years to sharpen my skills,” says Sammis, who first began training in martial arts at age 4.

Sammis insists he doesn’t feel any pressure to perform, but he does have a lot to prove.

“I wouldn’t call it pressure,” he offers. “Really it’s just setting a goal for myself.”

“Within two years, I’ll have that strap. Within one year, I want to be a Top 3 contender in the featherweight division.”